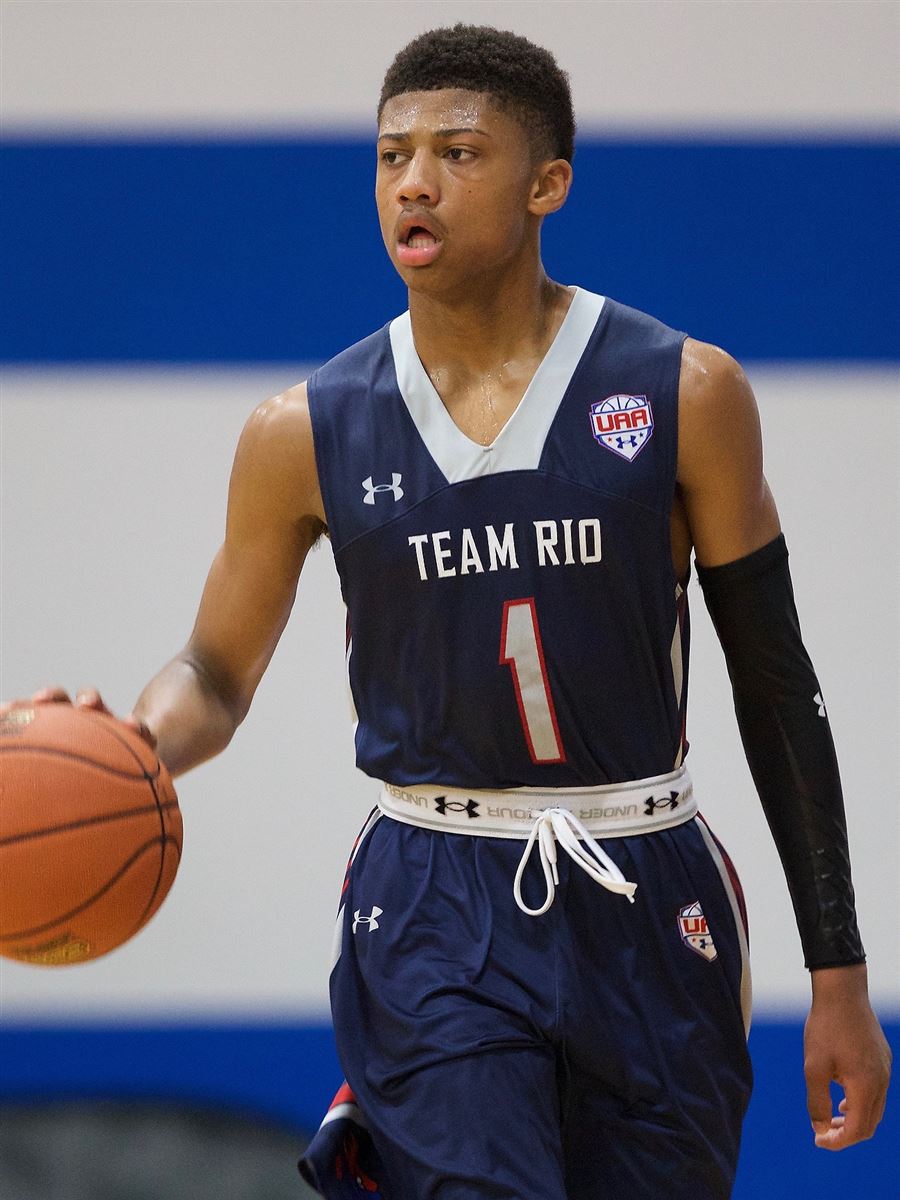 The Providence Friars notched their fourth offering to a 2020 recruit by extending a scholarship offer to 5-Star Point Guard Noah Farrakhan on January 6th.  The previous offers that the Friar have out there for the 2020 class are to Niels Lane, Earl Timberlake, and Hunter Dickinson.

Here’s Noah’s response when asked about his transfer in an article from October by Elevate Hoops:

With you transferring to IMG, how have things been?

“I had a rough week the first week because I had to adjust to it but overall it’s a great experience because it gets you ready for college. It’s just like college… you got workouts in the morning, practice, then you go to class in the afternoon. They get your body ready and they get you mentally prepared on what’s happening on a high division-one college level.”

You can read the rest of the Q&A here.

Farrakhan is currently rated the number 33 overall prospect by 247Sports.com and as the 6th best PG in the class.  Rivals lists him a little bit higher as the 22nd ranked in the class and ESPN, which currently only has a Top-25 for the 2020 class, has Farrakhan ranked as the 13th best player in the 2020 class.

Being from New Jersey, Farrakhan has obviously already received offers from all the local teams including, Seton Hall, Rutgers, and nearby St. John’s.  Noah has taken unofficial visits to all three of the nearby schools.  With that being the case, I can’t say I love this quote about The Hall from my guy Noah:

“Seton Hall… that’s one of my… I love Seton Hall. I love Shaheen Holloway… he’s kind of a mentor of mine so it’s one of my favorite schools right now.”

But I think Ed Cooley can help him overcome that hometown bias now that PC is involved in his recruiting.

Besides the local contingent, the other notable schools to offer Noah are Florida, Virginia Tech, VCU, Minnesota, Wake Forest, Pitt, Mississippi State, and UMass.  It seems like Florida and Virginia Tech are always interested in the same exact players as the Friars are doesn’t it?  Since Providence isn’t too far away from New Jersey, here’s hoping that Farrakhan can make his way down to PC for an unofficial as well…perhaps when #1 Villanova comes over for a visit.

These are his Freshman year highlights.  Let me say that again, FRESHMAN year.

His game and flow are so smooth.  Everything looks like it comes natural and easy to him during the game.  If this is him as a Freshman, I can’t even begin to image what a few more years to put on muscle and grow are going to do for his game.  He looks like he’s heads above the competition already and that will only become more apparent as his game, skills, body, and mind grow, with the more basketball he gets under his belt.  I’m excited to see this guy get after at the next level.  I realize he’s a ways away being a 2020 recruit but man, he looks like he’s going to be an absolute soul-crusher at the collegiate level.  I would say he has a lot of Lou Williams in his game, just based on body type and the way he kind of glides across the floor and with his ability to pour in a ton of points at any given moment.

Oh, and he can do this too.

There’s a reason PC is turning into Point Guard U.  From Vincent Council to Bryce Cotton to Kris Dunn to Kyron Cartwright to Makai Ashton-Langford to David Duke to…Noah Farrakhan perhaps?

Oh, and you can always get some ball-handling advice from PC legend God Shammgod when he comes to hang out on campus.