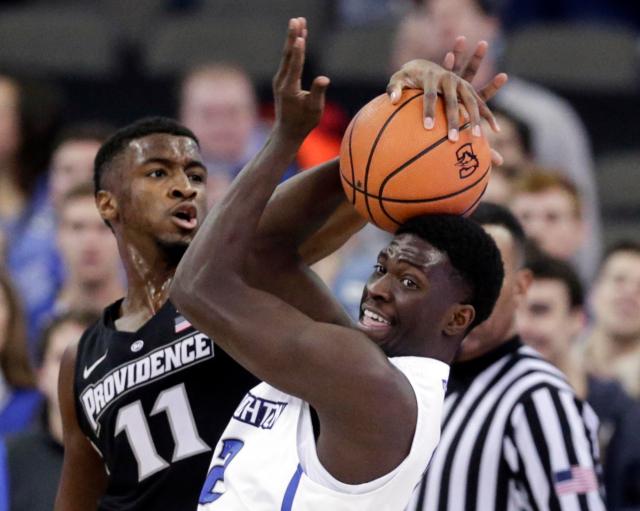 Well that was certainly a downer of a game after a magnificent team performance at St. John’s.  The game was basically a polar opposite in terms of shooting for the Friars.  After making 16 three-pointers against St. John’s the Friars missed 9 of their first 10 three point attempts en route to a 3-23 mark from three.

The Friar never held a lead in the game and Friartown held their collective breath when Kyron Cartwright appeared to re-aggrevate his ankle injury.  This team is night and day when they have a healthy Kyron running things.  After trying to play through the pain, Cartwright only played 7 minutes in the 2nd half before Cooley decided that it would be best if he rested his ankle as the game became out of reach.

Watson uses his feet and positioning so well when he gets the ball close to the hoop #pcbb #NateWatson #flush pic.twitter.com/dbTFMLoiMc

Next Up, the Friars return back home to take on Marquette.

One thought on “Game Recap: PC Friars Get Run Off the Floor at Creighton 83-64”