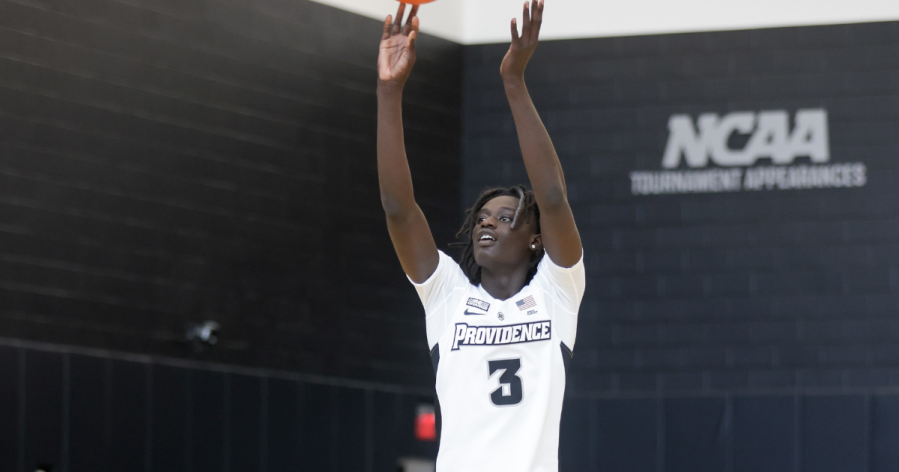 Garwey Dual, a four-star point guard from Carmel, Indiana, announced his commitment to Providence College, becoming the first official member of the Friars 2023 recruiting class. Dual had just recently taken his official visit to PC on June 13th (his one and only official) and wasted no time in making his decision.

If you read any of his quotes about Providence, you can understand why he felt so comfortable in his selection of the Friars.

“The reason I chose Providence is because the energy me, the staff, and players had off the rip. Nothing was forced and they have a history of being able to help players become successful on and off the court, especially with their recent history with big guards like myself. All in all, I just felt like it was the best move for me. The connection was quick. We met and the connection was crazy. They have a history with long guards like me, and they have a history of getting those long guards to the league and preparing them for the next level. They develop players and get them better.”

Even after continually reading very similar explanations from past players after they’ve committed to Providence and their relationship with Ed Cooley and his staff, it still never gets old having the type of players and coaches in the program that have that effect on others.

The 6’5” athletic combo guard is the prototypical player that thrives in Ed Cooley’s system. He is a seriously long guard who wreaks havoc on opposing guards on the perimeter, excelling at turning defense into offense. Not only does he LOVE to play defense (and does so at an elite level), but he is the type of guy to specifically call out that he wants the assignment of shutting down the other team’s best player. He wants that pressure and he wants to show everyone in the building his ability to do so. Dual has skyrocketed up basically every recruiting site’s rankings following an impressive AAU run with George Hill All Indy. Garwey has essentially went from unranked to a Top-75 recruit in the blink of an eye but it was his relationship with Providence that set them apart from other potential suitors.

Only a few months removed from Providence’s first Big East Regular Season Championship and a run to the Sweet Sixteen, Ed Cooley and his staff have continued to ride their wave of momentum from last season with a stellar off-season in the transfer portal (Noah Locke, Byrce Hopkins, Corey Floyd Jr., Clifton Moore, & Devin Carter) and now a fantastic start to their next incoming recruiting class.

2 thoughts on “Garwey Dual Commits to Providence, Becoming the First Member of the 2023 Class”