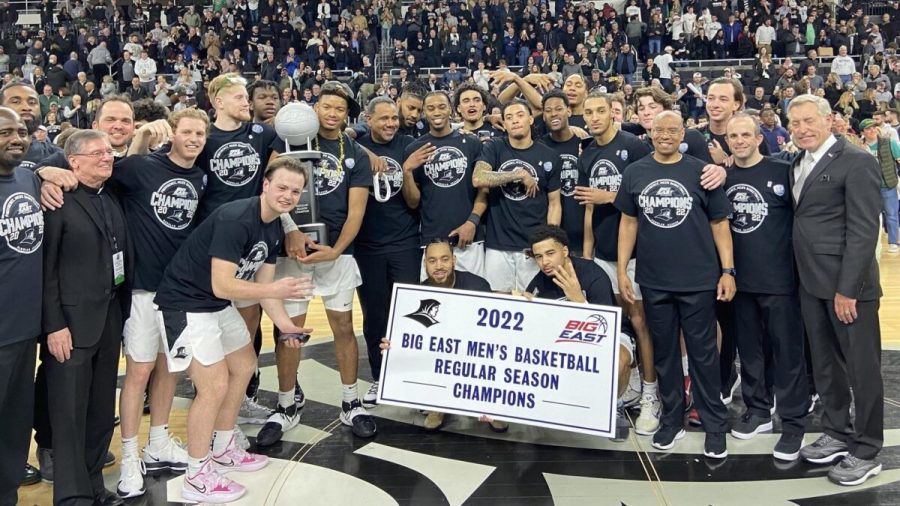 It was going to be hard for Creighton to go on the road to beat Providence without stud Freshman point guard Ryan Nemhard anyway, but do try and do so on Senior Night at The Dunk with the Friars first ever Big East regular season championship on the line, was going to be next to impossible. The Friars were able to stick the first feather of the year in their cap, winning the very first Big East Regular in the 43 years the team has been a member of the Big East Conference.

A.J. Reeves exploded into flames for the Friars, hitting 7 threes en route to a game-high 23 points, his second highest scoring game of the season (24 vs. Vermont). It was somewhat poetic for Reeves to hit 7 threes in his last game at The Dunk after he hit 7 threes in his first game there during his Freshman year. There have been ups and downs, highs and lows, and everything in-between for Reeves college career, so it was extra rewarding to see him go off on his farewell game in from of Frairtown.

Next Up, World Domination.

One thought on “The Providence Friars Win The Big East for the First Time Ever, Smashing Creighton 72-51”