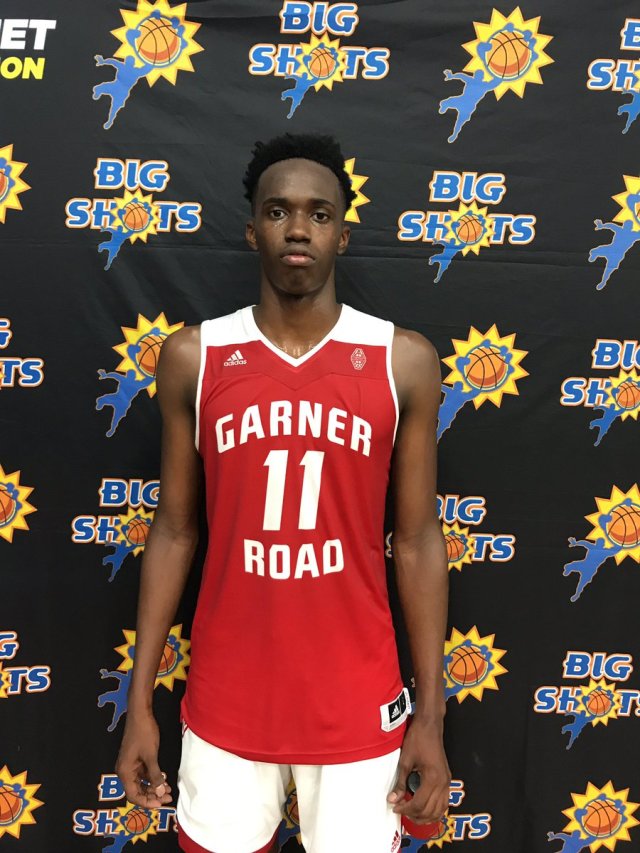 Jimmy Nichols Jr., the 2018 class stretch-4 from South Carolina, became the third player to commit to Ed Cooley and the Providence Friars.  Nichols made his decision live on ABC 15, the South Carolina affiliate television station following an official visit in Providence this past weekend.

Nichols noted the ability to play right away, the small class sizes, the Big East allure, and his relationship with the coaches as the main reasons why he committed to Providence College.

Nichols had set dates for three official college visits at Providence, Miami, and hometown South Carolina after previously cutting his final list down to those three schools, but never got around to his 2nd or 3rd visits after committing to the Friars immediately after returning home from Rhode Island.  Nichols was rated the top PF in all of South Carolina.

Following the commitments of A.J. Reeves and Kris Monroe, the Friars now have two remaining open scholarships for their 2018 class.  It’s nice to note that PC recruit Noah Locke was also on an official visit at Providence that overlapped with that of Jimmy Nichols Jr.  If the Friars were to round out their 2018 class with commitments from Locke and hometown phenom and top Friar target David Duke, that would make for an incredible haul in what Ed Cooley has called the most important recruiting class since he’s been at PC.

I have previously written about Nichols when the Friars first offered him here if you want to check it out.

Nichols is a very long and athletic forward who has a really soft touch for a guy of his stature.  Since he’s a lefty, it’s hard not to compare him to other lefties when thinking of player comparisons, so I would say that his game is a little like Tayshaun Prince.  Prince developed more range the longer he played which I think is something that Nichols could very well adapt to his ever-growing game.

The reaction from the rest of the 2018 class…

Coach Cooley and the staff putting that OT welcome to the fam #pcbb https://t.co/sb2ia2Fwx5

It’s an exciting time in Friartown!

Here’s a look at the Friars Scholarship Grid now, with the commitment of Jimmy Nichols Jr.

Things are happening in Friartown, so you better join up now or get left behind.

2 thoughts on “Jimmy Nichols Jr. Commits to the Providence Friars”

My Tweets
Join 2,214 other followers