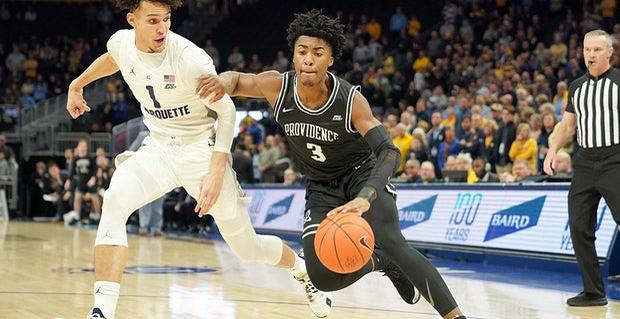 Long live the retro away jerseys!

The Friars won their second straight road game and are currently on a four game winning streak.  After being left for dead by many (not me) after some very questionable losses to being their non-conference schedule, Providence suddenly seems like they can’t be stopped and are playing up to the potential that had them picked to finish fourth in the conference by the Big East coaches.

The Friars have now rolled off wins against Texas, Georgetown, DePaul, and Marquette and find themselves at the top of the Big East Conference rankings with a 3-0 conference record.  After failing to record at win at Marquette throughout the history between the two teams, the Friars have now won in Milwaukee in 3 of the last 4 trips there.

The scoring of the Friars bench has been a gigantic contributor their new found success.  In the last two games the PC bench has outscored DePaul’s bench 26-8 and Marquette’s bench 42-8.  The depth of this team has been on full display led by Senior Maliek White and Junior Nate Watson.  Maliek White was the best player on the floor for the Friars for the second straight game.  After leading the team in scoring against DePaul (16), White again led the charge offensively, scoring a game-high 19 points. 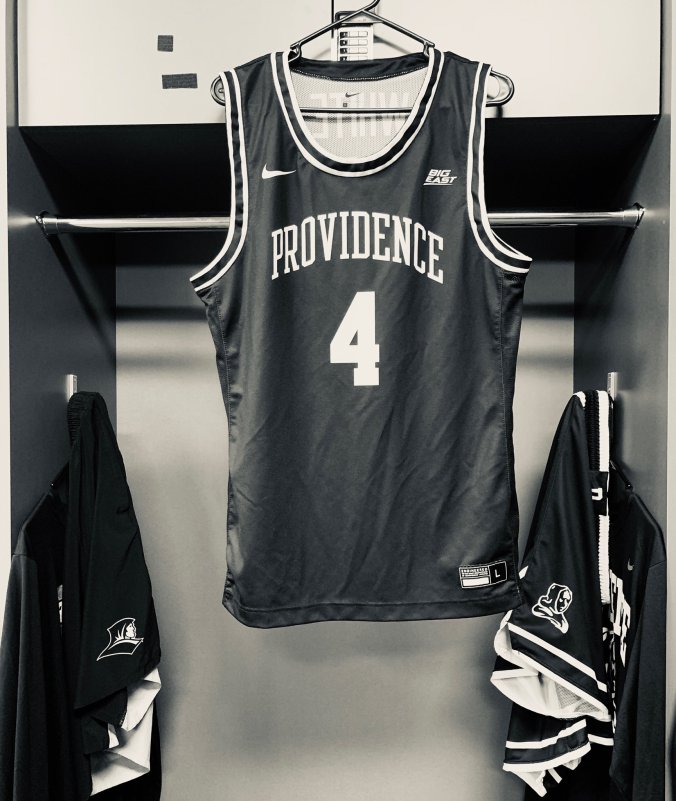 Even better than the announcers of the Fox Sports 1 feed, who were generally pretty terrible as the continually called the Big East the Big Ten, threw an ‘S’ on the end of David Duke’s last name, and mixed up players on the team at every chance they could, FriarTV put the video feed to the Rooke and Hassett radio call…and it is tremendous.

Diallo with the grown man finish and the harm #pcbb #AlphaDiallo #AndOne pic.twitter.com/xTOLP3XX8R

Friars are still dancing so you know what that means!#gofriars pic.twitter.com/0YOqVGOyGm

Oh hell yes. Are we back? #GOFRIARS

When you start 3-0 in #BIGEASThoops, you dance and throw up the water! #FRIARS 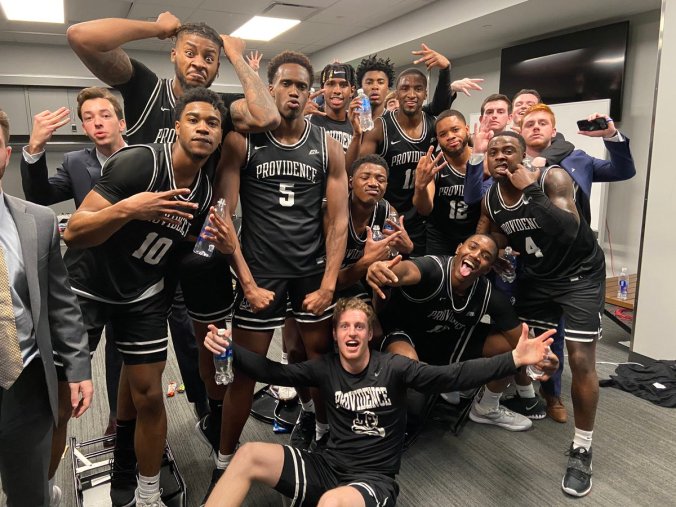 The hardest thing to do as a coach is get your team back on track. The job @CoachCooleyPC is doing is incredible. The trust he has from his players and his leadership is on full display. Great coach better person @PCFriarsmbb

Up Next, the Friars return home on Friday to take on the #6 ranked Butler Bulldogs at The Dunk.  The game starts at 9 PM, so the crowd should be nice and lubed up by then.