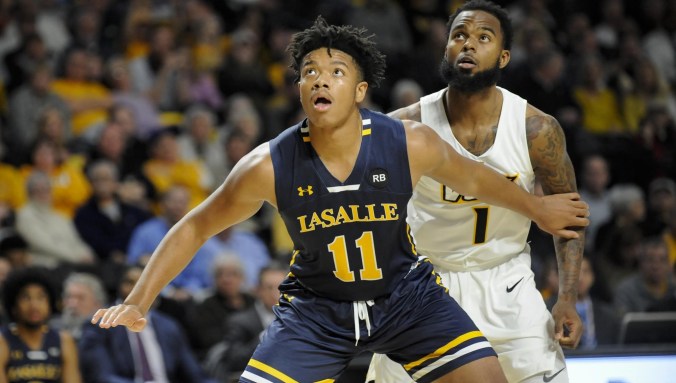 The college basketball season might be cancelled but the Providence Friars and Ed Cooley haven’t stopped rolling.  After finishing the season on a 6 game win streak, the Friars have added back-to-back transfer targets early in the college basketball off-season to continue on their hot streak.

Ed Croswell had narrowed down his potential transfer destinations to Old Dominion and Providence after hearing from 17 (!) different schools in his short time in the transfer portal, including such names as Seton Hall, St. John’s, Nebraska, Texas A&M, Arkansas, SMU, New Mexico State, Boise State, Hofstra, Towson, Drexel, Rider, Old Dominion and Toledo.  Also, I love the name transfer portal, it sounds like some sci-fi type of base or something.

Proud to announce that I’m taking my talents to Friar Town and playing for Coach Cooley. 110% commited⚪️⚫️ @PCFriarsmbb pic.twitter.com/3ig8ogcrya

Croswell plans to sit out this year and pick things back up next season with two years of eligibility remaining.  With his intention of sitting out next season, Big Ed will essentially be replacing Nate Watson when he graduates next Spring.  Along with this decision, it points to the Friars picking up an additional big to potentially fill in behind the frontcourt of Watson, Noah Horchler, Jimmy Nichols Jr., & Kris Monroe.  What they’ll be looking for his someone to fill Kalif Young’s shoes because the big guys besides Big Nate are more 4s than 5s.

“The plan is to have me sit out a year but during that year I am going to work and develop my game and my deficiencies. Coach Cooley talked about how he is going to make me better off of the court so we can have a better bond on the court.” – Per Corey Evans of Rivals.com

This is the single best quality of Ed Cooley coaching at Providence.  Besides the obvious benefits of Cooley on the court with the team, his impact off the court is even bigger than his one on it.  From the community to the campus to the mentoring to his relationships with the players, families, fans, staff, and everyone in between, he is the absolute best.

“Everyone was pitching the same thing to me but he went the extra step about how he would bring me into a bunch of guys and would treat me like I am family and one of his sons.”

“The player-coach relationship was big. They have good resources and I established a good relationship with Coach Cooley.  I got to talk with some of the players and Coach Battle and about me coming to the school and the plans that they have for me. Out of all of the schools, they showed they wanted me the most and were the most consistent with me.”

Croswell averaged 10.0 ppg and 7.3 rpg last season for the La Salle Explorers, finishing the season 2nd on the team in scoring and 1st in rebounds in just 21 minutes per game.  Croswell also led the team in field goal percentage, shooting an efficient 60.2% from the floor.  Much like the majority of the big guys that play for Providence and Ed Cooley, Croswell’s game is mostly below the rim but made up for with a bruising mentality.  His body type and size is definitely ready for the Big East right now, but there are some things that he knows he needs to work on in the next year.

The La Salle transfer’s biggest attribute is his prowess on the offensive glass with his 250 pound and 6’8” frame.  He was 3rd in the country in Offensive Rebound percentage, finishing the year at 18.5%.  That trait didn’t come out of the blue either as he finished first in the nation in the same category for his Freshman campaign.  Providence College was one of the best offensive rebounding teams in the country finishing the season 29th in Offensive Rebounding percentage with 33.7% and 12th in the nation, taking down 13.1 boards on the offensive end per game.  Nate Watson was the only player on the Friars current roster to finish in the Top 100 in Division I in Offensive Rebounding percentage, end the year 15th in the nation with 15.1%. 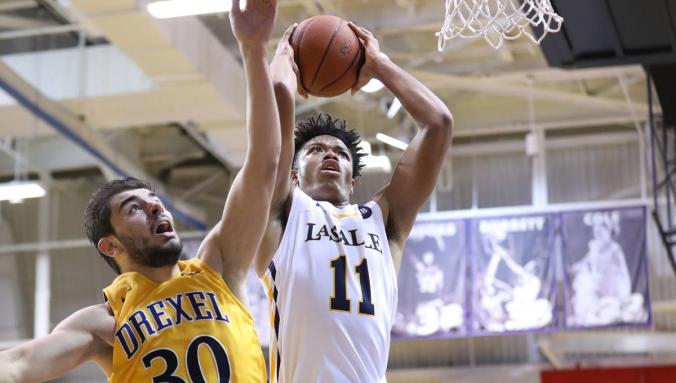 Croswell recorded double-digit rebounding games in 15 of the 58 games he played for the Explorers, more than a quarter of the games that he played in.  Considering that was over his Freshman and Sophomore seasons, that is a pretty damn impressive feat.  As a team last season, the Friars had 13 players finish in double digit rebounds: Alpha Diallo (9), Kalif Young (2), Emmitt Holt (1), & David Duke (1).  Only one of those players will be returning to the team next year, so there will be a need to bring in some big rebounding prowess down low, which Ed will certainly provide once he see the floor.

This has quickly become my favorite clip immediately following someone committing to the Friars.  Since Ed Cooley is usually prohibited from commenting on recruits and transfers during certain periods throughout the year, this is his way of both announcing and celebrating the good news in Friartown.

Providence made some big moves in the transfer portal last year, nabbing Luwane Pipkins (UMass), Noah Horchler (North Florida), and Jared Bynum (St. Joseph’s).  Pipkins ended up finishing the season playing the best of any player on the Friars while Horchler and Bynum will be suiting up next fall after sitting out the 2019-2020 basketball season.  Horchler will play one year, hopefully having as much of an impact as Pipkins this season while Bynum will most likely take over the point guard duties and have 3 more years of eligibility left.

A little highlight to keep you drooling until he can see the court in the 2021-2022 basketball season.

Some additional articles on Ed Croswell committing to Providence College