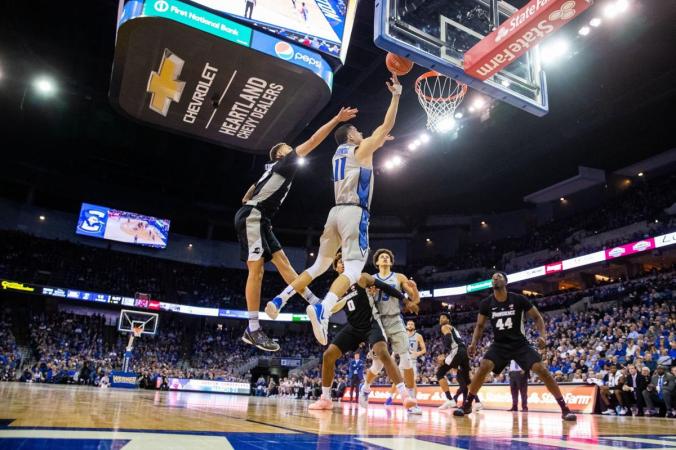 The Friars came about as close as you could get in trying to pull off the win in Creighton, losing in overtime by six.  This was Providence’s second straight game that went to overtime after they beat Butler in extra time in the last game.  Creighton has a well-known great crowd in Omaha so it was going to take everything the Friars had to win on the road there.  With the loss, the Friar most likely need to win the Big East Tournament in order to get an invite to the Big Dance now.

Senior Isaiah Jackson fueled the Friars for the majority of the game, scoring a game-high 21 points.  The Bluejays were led by Ty-Shon Alexander who was the high scorer for Creighton with 17, including 7 of those points in the all-important Overtime period.

Providence guards Duke, White, and MAL had a combined 12 turnovers and 3 assists vs Creighton. Combine that with the Friars being under 50% from the free throw line; and it is amazing Providence took this game to OT.

Next Up, the Friars match up again with Butler to finish out the Big East regular season.

One thought on “Game Recap: Friars Fail to Pull Off the Win in Overtime at Creighton, 76-70”