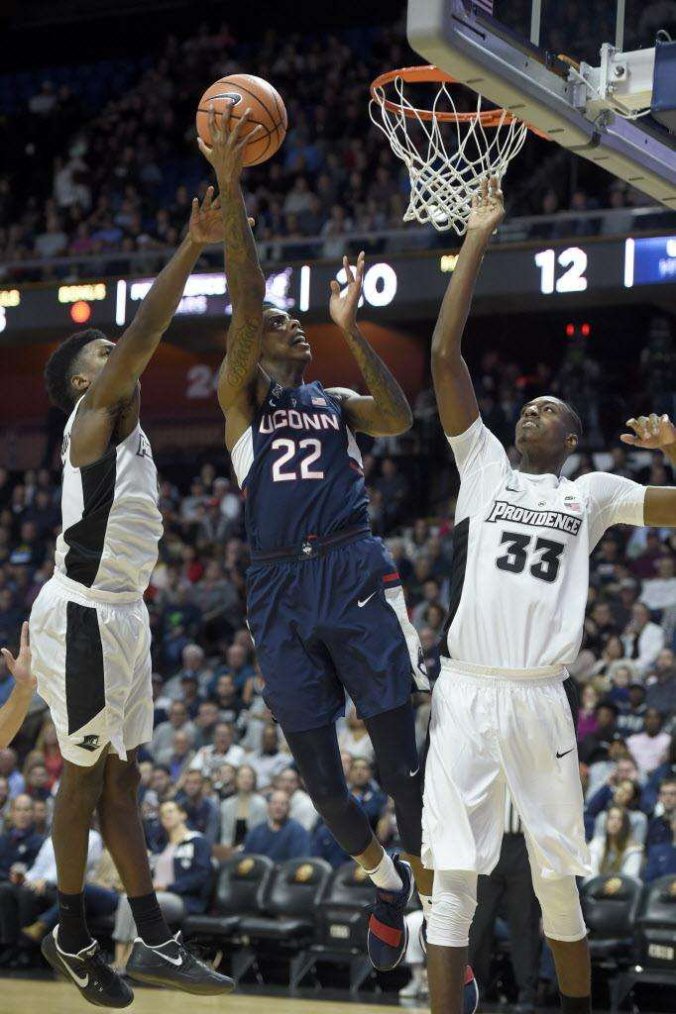 Redshirt Freshman Dajour Dickens has decided to pursue other opportunities and transfer from Providence College.

The 7-foot Center appeared in just three games last year before being sidelined with a back injury and eventually redshirting and sitting out the rest of the basketball season.  Although appearing raw from a talent standpoint, the potential and development of Dickens was a high ceiling.

Dajour showed flashes of athleticism and basketball awareness in his limited action on the basketball court.  He was ranked as a Top-20 center on multiple scouting sites coming into Providence. Dickens was projected to be fourth in the rotation of returning players in the frontcourt behind Emmitt Holt, Kalif Young, and Nate Watson.  With the uncertainty of the health of Holt in his return after medically redshirting last season, Dickens may have been asked to take on more minutes depending on his health throughout the season.

The Friars also have Jimmy Nichols Jr., and Kris Monroe as incoming Freshmen frontcourt depth so Dickens may have saw the depth of the Friars lineup and decided that he wanted to get more run somewhere else.  Either way, whatever the reasoning, I wish Dajour the best in his future, wherever he decides to continue his collegiate career both on and off the court.  He was nothing but all class last season cheering on his teammates in lieu of his redshirt season and I’ve never heard a bad thing about the kid.

Providence College seven-foot forward Dajour Dickens (#33) to transfer after one season with the Friars. The Virginia native only played in three games last season because of a back injury.

In a year or two, with some growth and hard work (which it seems like he’s more than willing to put in), I still believe Dickens is going to make an impact somewhere on the college level.  He has the tools and character to do so, and I wish him the very best of luck in wherever he ends up.  I’m definitely going to follow up on him and support him, as should the rest of Friartown.

It sucks to hear about the transferring of Dickens, especially after the following update for John Rooke:

According to John Rooke, Dajour dickens has put on weight and is ready to contribute, while Emmit Holt is taking part in team work outs. Awesome news

What’s you soup dajour? It’s our soup of the day. Mmm that sounds good, I’ll have that. #pcbb #oop #dajourdickens pic.twitter.com/Q5HUvKBnsQ

Dude was going to be an absolute alley-oop MACHINE!!

And one more for good measure…

Once A Friar, Always A Friar.