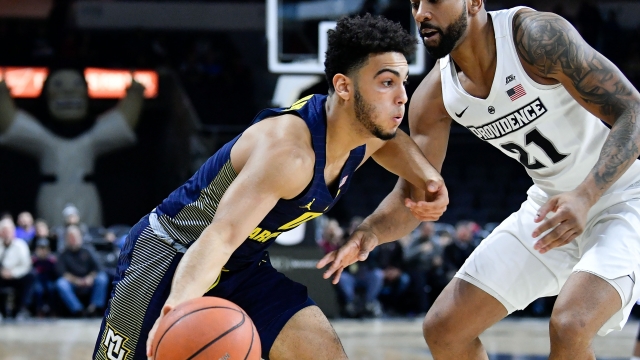 With leading scorer Rodney Bullock unexpectedly sidelined with an illness, Kyron Cartwright coming off a game in which he re-aggravated an ankle injury, and still without Maliek White, the Friars were given a tall order of beating a visiting hungry Marquette squad at the Dunkin’ Donuts Center.

Even with those things working against them, the Friars still held a 6-point lead with under two and half minutes left in the second half at home in a game that they should have been able to close.

They probably didn’t expect Markus Howard to drop 52 points and play like he was in NBA Jam, but this is a game that the Friars will look back on and be frustrated that they didn’t pull out the win.

Up Next, the Friars welcome #5 Xavier to the Dunkin’ Donuts with an early Noon Tip on Saturday.

2 thoughts on “Game Recap: Markus Howard Drops 52 to Squeak by PC Friars in OT at Home”