It took me a while to get to recap this game but we’re finally here.  The score looks more lopsided then the game actually was.  Providence was actually in control for a good portion of the game but it was a back-and-forth match up for the majority of the contest.  In a battle featuring two of the premier players in college basketball this year (Michigan State’s Denzel Valentine and Providence’s Kris Dunn), the #3 ranked MSU Spartans were able to pull this one out down the stretch.

Both Dunn and Valentine seemed to be pressing for the first half, trying to outshine the other with individual heroics rather than letting their natural game come to them.  They’re both a walking triple-double waiting to happen (Valentine already had one in this tournament) but the big spotlight this early in the season had them each trying to do a little too much, reaching for steals and pulling up for contested threes.  I guess that will happen when there’s 30 or so NBA scouts in the crowd and these two showing up to your game.

Obviously, Magic Johnson is a staple at most big Michigan State games but usually doesn’t show up until the NCAA tournament.  Chris Paul on the other hand, is still close with PC assistant coach Jeff Battle from his days as an assistant at Wake Forest during Paul’s time there, and Paul wanted to check out some of the top players in college basketball before the jump to the league while they were playing out in California.

Kris Dunn was able to get the better of the individual match up with Valentine, as Valentine struggled with foul trouble in the first half, but it was Valentine’s Spartans that were able to pull out the victory, so he’s probably happy with the result…although you wouldn’t know it because he did something that’s a little uncharacteristic of a Tom Izzo team as the buzzer sounded.

What a dickhead.  He got chewed out by an assistant coach when he got back to the bench but I’d be VERY surprised if any disciple actually came down for him since their next game is against Louisville.

Either way, it was a good game that proved that Providence will be able to hang with any team in the country.  The Friars just need to tighten some things up and we’ll be in for one helluva season. 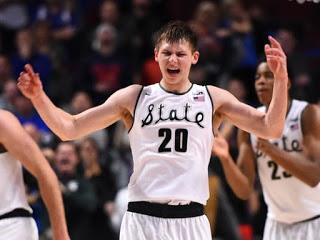 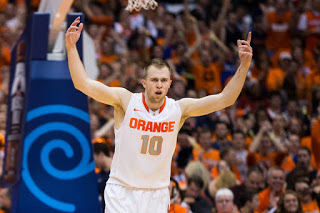 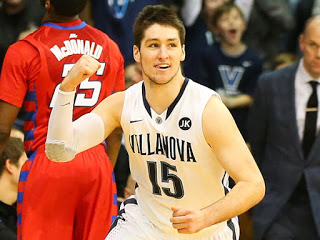 One thought on “Game Recap: PC Friars Drop First Game of the Year 77-64 to #3 Michigan State in the Wooden Legacy Championship”