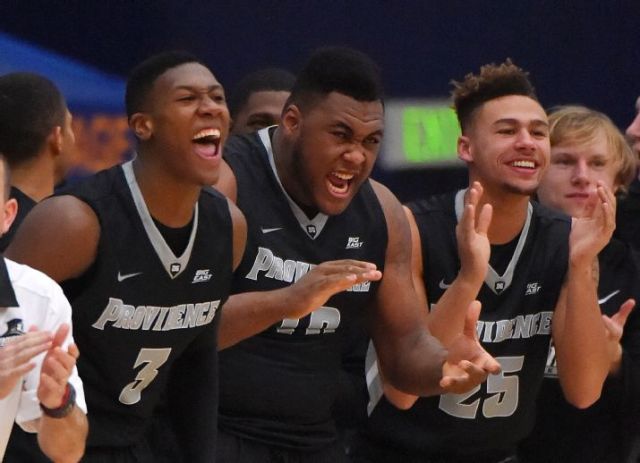 The Providence Friars were able to upset #11 ranked Arizona 69-65 in the semifinals of the Wooden Legacy to advance to the Championship game against #3 Michigan State. With their top 3 scorers (Dunn, Bullock, and Bentil) all dealing with foul trouble throughout the game, the Friars were able to pull this one out behind a massive effort from Ben Bentil and a clutch performance from their superstar, Kris Dunn.

Next Up, the Friars take on #3 Michigan State at 10 PM Sunday Night, so I’ll continue to lose sleep for the Friars…but with games like Arizona, it’s worth it.

One thought on “Game Recap: Friars Upset #11 Arizona 69-65 to Advance to the Championship Game of the Wooden Legacy”