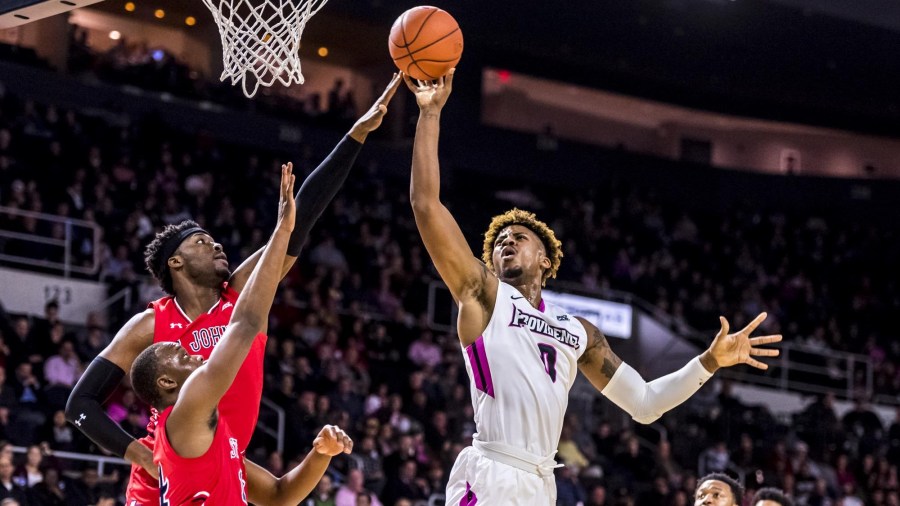 Providence College Junior Nate Watson has been named to the Kareem Abdul-Jabbar Preseason Watch List for the upcoming 2020 NCAA basketball season.  This is the sixth year that the award will be given out to the top Center in Men’s Division I college basketball and a national committee has put together the following list of 20 players.

It should be noted that players can play their way onto or off the list at any point during the season.

Georgetown’s Omer Yurtseven is the only other Big East player named to the Preseason watch list.

Of the first five winners of the award, Seton Hall’s Angel Delgado won the award in 2018, the same year that Mikal Bridges won for the best Small Forward in college basketball.

The shooting percentages (free throws and field goal) stayed pretty consistent from his Freshman year to his Sophomore year.  Even though Nate’s rebounds went up by about 2.5x, the Friars are going to need another jump in that category for him for his Junior year.  His minutes and points will increase from his hard work, experience, and his overall growth in skills.  I’m not worried about that in the least.  Defensively is where I want to see the most growth from Big Nate this season.  His body and physique continue to develop and mature and should translate into strengthening his presence on the defensive side of things.  His blocks per game stayed at 0.7 bpg from his Freshman to Sophomore year despite an increase of an additional 10 minutes of action per contest.  With endless number of long wings that the Friars have, Nate should see some help side swats with Providence’s length clogging up the passing lanes.

As long as Nate’s knee injury doesn’t end up keeping him out of the lineup too long or hinders his movement upon his return, I don’t see any reason why he can’t be one of the 20 best center’s in college basketball for this upcoming season.  Like I always say, let the Big Guy eat!