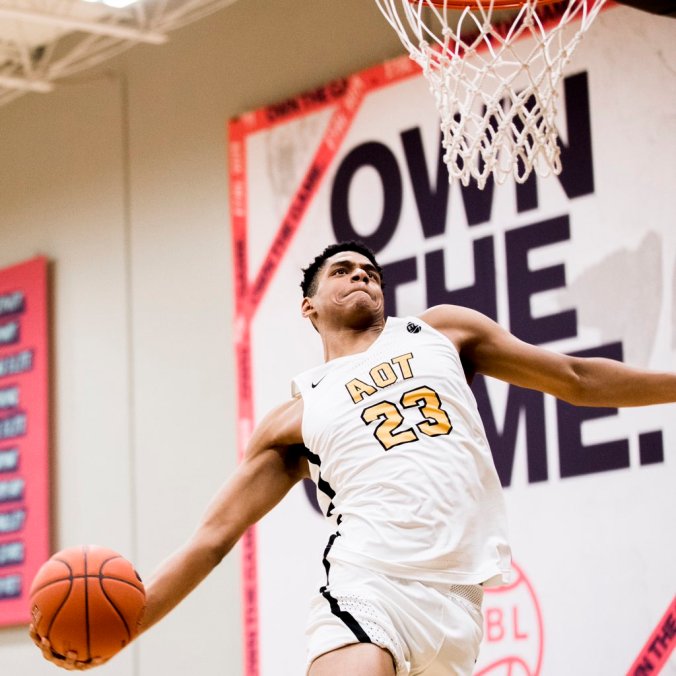 Blessed to receive an offer from Providence College🙏🏾 pic.twitter.com/Y8PCPdpY5Q

Cardwell stands at 6’10” to 6’11” and a solid 220 pounds, making his presence felt on the block on the offense end and down low on the defense side of the ball as well.  His size, combined with his athleticism make him a formidable player that is sure to begin rising up the ranks for the 2020 class.  A lot has been said from coaches and scouts about his growth over the past couple of seasons based on the work that he has put in to improve his overall game and it has already paid big dividends in his development.

The one thing that was already there was his fire and intensity.  This dude gets FIRED UP when he is playing and it shows.

You can’t teach that kind of emotion in players, you either have it or you don’t.  Passion like that can be contagious for a team and translates to any level of basketball competition.  I absolutely love seeing it.

Just a sidenote from watching his highlights, but that point guard (Sharife Cooper) looks great and has some next level court vision being able to put his guys in a perfect position to score.  After quickly looking into him, it makes sense that he’s been offered by schools like Kentucky, Florida, UCLA, Tennessee, among others.  That kid is going to be really, really good.

Cardwell is a savage finisher and a demonstrative shot-blocker.  He does have the ability to step away from the basket and hit some close to mid-range stuff when given the space and opportunity but that will continually progress with more experience as well.  His body-type reminds me of a slimmer version of Karl Anthony-Towns when he got to Kentucky.

A couple of other schools have also offered Cardwell including Penn State, Tennessee, Vanderbilt, and Georgia.