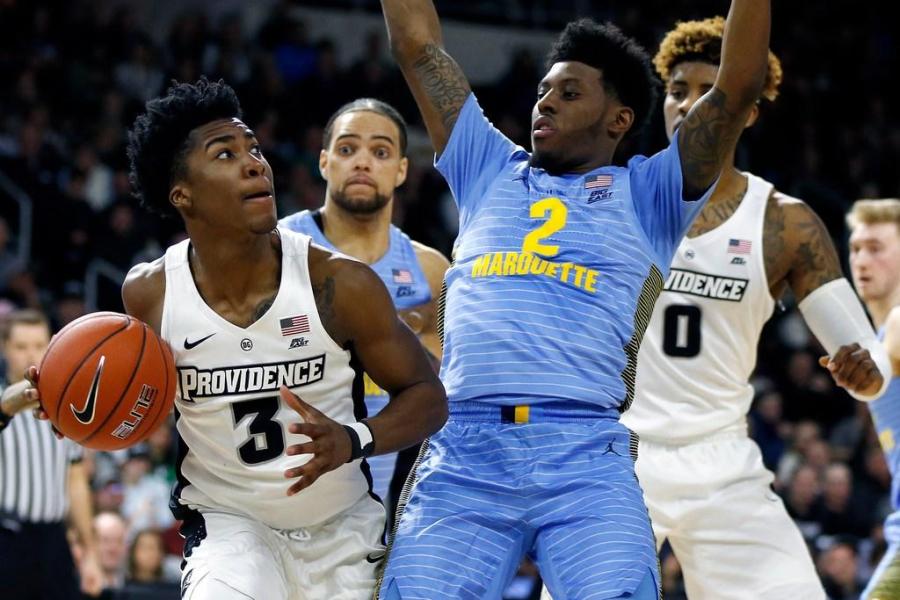 Believe it or not, this was a 7 point game with under 15 minutes left in the second half.  Then it wasn’t…it definitely wasn’t.  The funny thing is, well maybe not funny, the Friars have been able to hold Markus Howard in check when they’ve played Marquette this year.

Markus Howard was a subpar 2-12 from the floor during the game.  He did convert on 8 of 8 free throws like he normally does, but otherwise, wasn’t that much of a factor in the game.  The real problem for the Friars was the Hauser brothers.  The combined for 33 points on 13-28 shooting and 7-10 from three.  Every single time the Friars needed a big stop, one of the Hauser’s seemed to come through.

It wasn’t only them but the most unlikely guy to steal the show was Sacar Anim.  Anim’s 18 points were tied for his 2nd highest total in a game of the season.  It wasn’t only the fact that he had 18 points, but he went 8-12 in doing so.  It seemed like every time he touched the ball he scored.

The Golden Eagles bench, besides Ed Morrow, doesn’t really exist but Morrow is a heck of a 6th man to have.  Morrow shot 5-7 from the field for 11 points off the bench.

So, to recap, the Friars kept star Markus Howard in check.  Unfortunately, every single other player was awesome for the Golden Eagles.

Drew Edwards chases down Markus Howard and gets the block from behind! pic.twitter.com/5SvS8E18NT

Next Up, the Friars travel to Hinkle Fieldhouse to take on Butler for the first time this year.