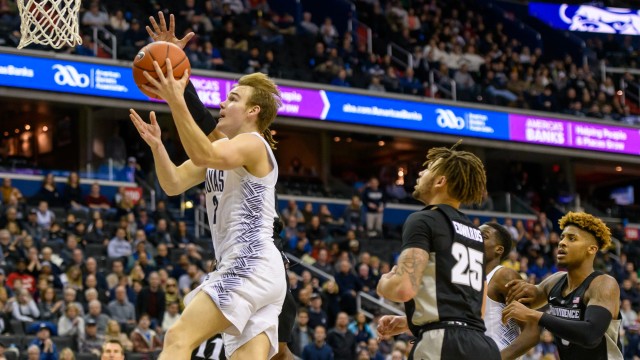 According to Ed Cooley, the instructions were to foul when they were up 3 points at the end of regulation but from the looks of the final play, it didn’t look like anyone was trying to foul Mac McClung.

Mac McClung AT THE BUZZER 💰

That’s an extremely tough shot to make no matter how you cut it but the fact that the Friars didn’t foul is a little baffling.  I saw this somewhere but I can’t remember where, so, oh well for the credit.  Up three at the end of the game, if you don’t foul, one thing needs to happen.  The opponent needs to make a three pointer.  If you do foul, however, then four things need to happen.  Your opponent needs to make one free throw, purposely miss a second, get the rebound, and make a put-back basket.

Either way, the Friars should have absolutely won this game.

Up Next, the Friars travel over to Seton Hall and needs to desperately get on the winning side of things in Big East play.