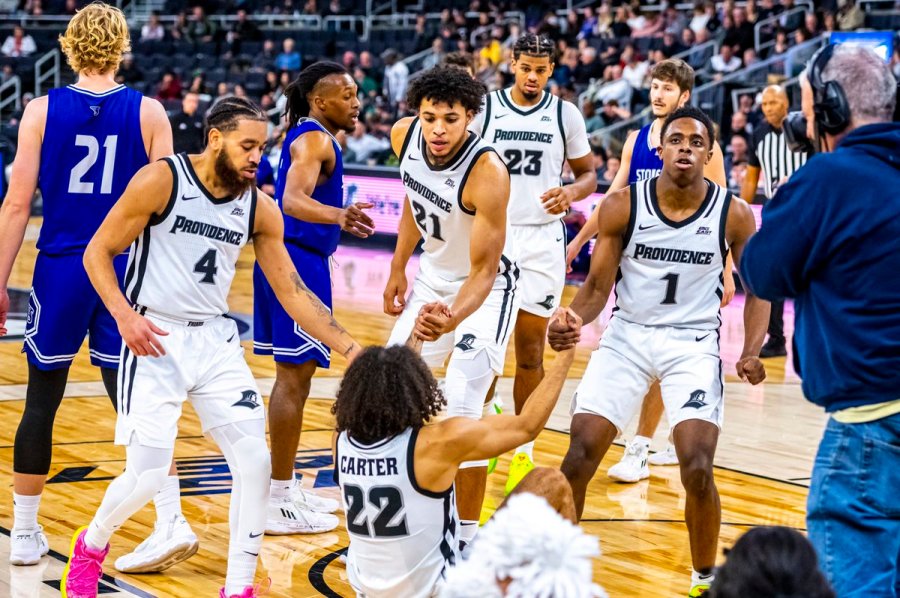 This matchup was particularly special for Ed Cooley as a 1994 graduate from Stonehill, a 3-time team captain of the basketball team, and a 2019 inductee into the school’s Hall of Fame. Stonehill is in their inaugural season as a Division I basketball team but appear as if they won’t take much time to acclimate to the American East Conference and have already beaten Army this season.

The Friars offense was clicking on all cylinders with 6 players scoring in double-figures en route to reaching the century mark for the first time since their opening game against Sacred Heart in the 2019-2022 basketball season when they tallied 106 points. The defense continues to be a subject of concern as they once again let threes rain in against them and were kept in a relatively close game at the half (47-36). Someone also noted on Twitter that it feels like the Friars must give up the highest percentage of made threes at the close of the first half and I’ll have to say, if that statistic is out there somewhere, they absolutely have to be at the top of that list. Hell, remember that double-overtime game against Georgetown?

Providence has now let their three opponents shoot 9/14, 9/24, & 10/21 on three-point shooting, good for 47.5%…that’s not good and is most likely going to be worse again better teams unless they tighten things up around the perimeter. That three-point shooting defense ranks 350th out of 352 DI teams. Yikes.

The Friars will get some tough tests at Mohegan this upcoming weekend in the Hall of Fame Tip-Off as all 4 participating teams (Miami, St. Louis, & Maryland) come into the weekend without a loss.

Next Up, the Friars head to Mohegan Sun for the Hall of Fame Tip Off to take on Miami on Saturday at 4 PM on ESPNN (whatever that hell that second N stands for). I’ll be in attendance so I’ll see you there Friartown!

My Tweets
Join 2,211 other subscribers