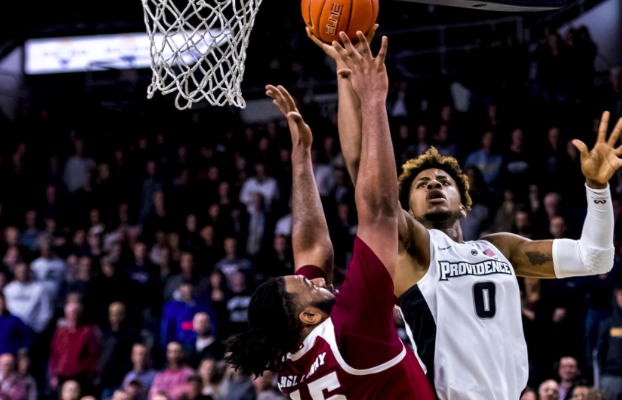 I was unable to watch the game live because I was at my wife’s Holiday party, so I only caught the end of the first half on my phone and then got the alert for the final score, so you can imagine my surprise when they 79-78 score came across my screen.

It took me a couple of days to finally get a chance to watch the game, so when I did, I chose to only watch the 1st half and pretend like the game ended there and they looked freaking amazing playing against UMass.  So good on them.

In reality, they shat away an 18-point lead at the half and played horrendously during the second half when UMass pretty much did the opposite.  The Minutemen are the highest scoring team in the A-10 this year with a stud scorer in Luwane Pipkins, so it wasn’t surprising that they could pour it on the 2nd half, but it was surprising that the Friars could neither match them offensively or do anything to stop the bleeding.

Alpha Diallo does absolutely everything for this team…also, where was that And-1 call?? #pcbb #AlphaDiallo pic.twitter.com/ovycDvRFUR

Find you a point guard who swats shots like a big guy #pcbb #DavidDukeJr pic.twitter.com/k2i9VWhGBa

Next Up, the Friars remain at home after a short break for Finals and take on CCSU at The Dunk on Sunday at 2 PM on FS1.

One thought on “Game Recap: Friars Blow an 18-point Halftime Lead to Lose to UMass 79-78”