Three PC Lacrosse players were named to the end of the year Big East Lacrosse Teams for their accomplishments and play during the 2018 Season.

James Barclay, who was recently selected with the 57th overall selection of the Major League Lacrosse Draft was unanimously selected to the All-Big East First Team. 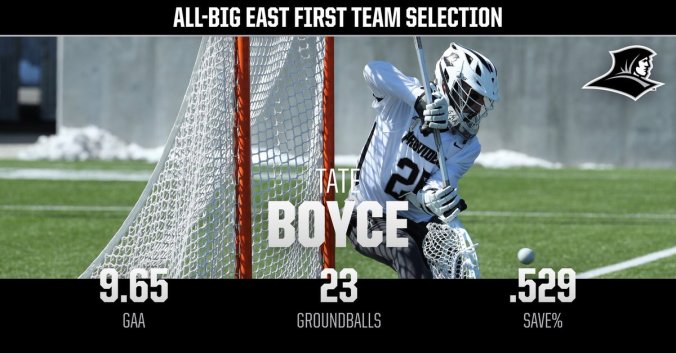 Freshman Evan McGreen was selected to the All-Big East Second Team following an impressive first season with the Friars.  McGreen, a native Rhode Islander, led the Friars with 18 assists and also chipped in 10 goals, good for 28 points on the season (2nd on the team).