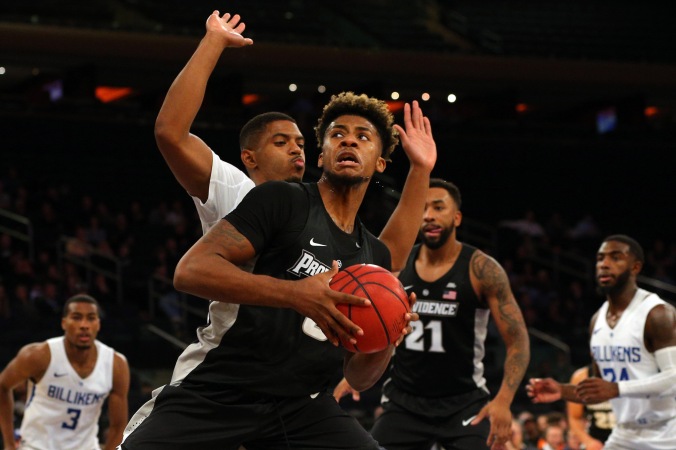 Nate Watson was selected to the Big East All-Freshman Team for the 2017-2018 Season.  There were six Freshmen who got the nod for the team and Nate showed why he should be included with those players during the season.

Although Watson only averaged 13.7 minutes per game, he was very efficient and effective in those limited minutes.  Nate averaged 6.8 ppg and 2.0 rebounds per game but shot at 60.4% from the field and maybe even more impressively, 70.0% from the free throw line (75% in conference games).

Like all Freshman, his Defense took a little bit to come around to adjust to the speed and size of the College game but he looked much better and acclimated to Big East opponents by the end of the year. 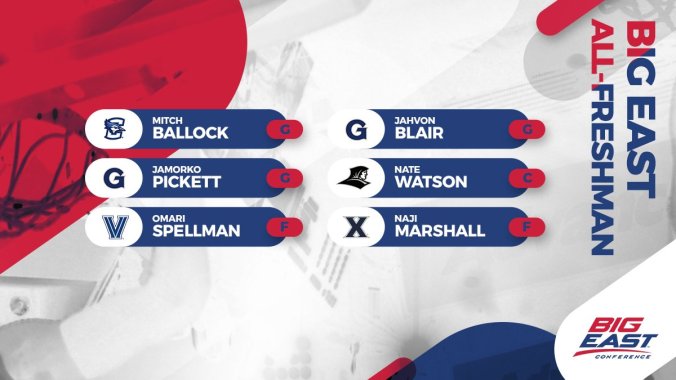 I’m expecting Big Things out of Big Nate next year.