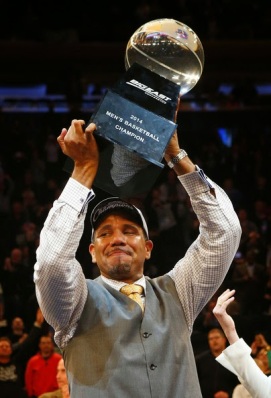 Providence senior Bryce Cotton just put together one of the most impressive individual seasons — Cotton averaged 21.8 points, 5.9 assists and 3.5 rebounds in 39.9 minutes per game — in 2013-14. To say he was instrumental to the Friars’ success is a huge understatement, but Cooley has done a great job on the recruiting trail, and his bench is better stocked now than any Providence team in recent memory. Cooley’s done a great job there.