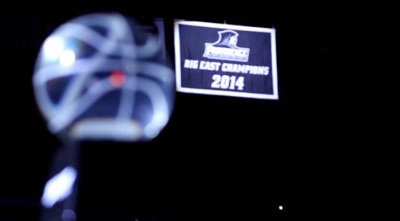 The Providence College Friars opened up their season last night at the Dunkin’ Donuts Center in downtown Providence with a match up against the Albany Great Danes.  It was the first meeting between the two teams since 1928 when PC beat Albany in a nail-biter 31-30…in overtime.
Oh how times have changed, but one thing remains the same.  A win is a win, is a win, is a win.  The game was sloppy pretty much all the way through but Senior LeDontae Henton already looks comfortable stepping into a leadership role this year and continuing to be a player that can keep the Friars competitive at all times when other guys may be struggling.
Henton and Junior Tyler Harris are two of the three returning starters for the Friars (along with Center Carson Desrosiers) and are already proving that they can handle a bigger spotlight on them with their performances in this first game.  Henton was 8-19 with 21 points and 11 boards and looks primed to be a first-team Big East selection at the end of the year.  Harris started off slow but had a monster 2nd half, scoring 18 of his game-high 23 points, including a huge three pointer with 45 seconds left to put the Friars up 5, and some clutch free throws to seal the deal.
And those free throws were definitely clutch. After leading the Nation in free throw percentage last year, the Friars inexplicably struggled from the stripe all game, going 12 of 24.  I’m hoping it was just some first game jitters from some guys and they can get back on track going forward.
At first look at this game on the schedule, you might’ve thought that it would have been a nice little cake walk for the Friars and a way to start out the season with an easy win.  However, as Friar fans know at this point, no win for the Friars is ever easy.  Also, Albany is not a pushover team.  They won their conference the last two years and even won their NCAA Tournament play-in game last year before giving Florida a nice run for their money.
Albany has been heavily recruiting out of Australia, which is a real smart way to build a strong team from a non-major type of program.  St. Mary’s has followed a similar strategy in recruiting guys like Matthew Dellavedova (now on the Cavs) and a bunch of other guys over the last couple of years.
But enough about the recruitment history of Australian collegiate players.
It’s nice to start off with a win for the Friars and we’re undefeated right now, no matter which way you cut it.
A couple quick notes on the game. 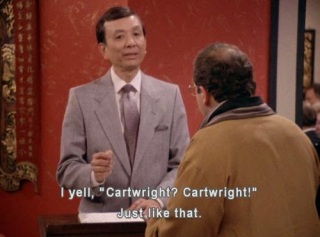 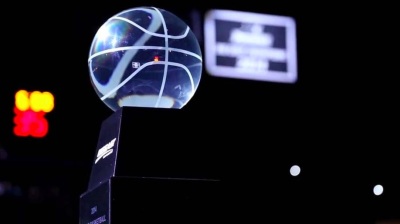 Next Up, Binghamton on Monday November 17th at 9 PM on Fox Sports 1.  Finally back with some HD coverage but at fucking 9 at night.  I’m not as young as I used to be boys, let start playing games at 7, huh?