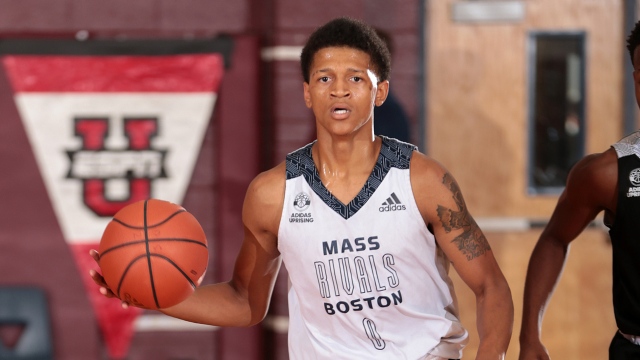 Making the cut for a mention was Providence College Freshman, Makai Ashton-Langford.  He was grouped with other players who are going to make an impact on their respective teams come March.  Here’s what they had to say about the Top-30 recruit:

“Jumping late from UConn to Providence, the Friars are thrilled to be gaining such a talented floor general. The 6-foot-3 Ashton-Langford is very poised and does a great job of attacking off the dribble. Ashton-Langford could be a valuable change-of-pace from senior point guard Kyron Cartwright or he might force his way into the lineup if he plays up to his potential.”

I expect to see some lineups with Makai and Kyron that allow Kyron to play off the ball, much like Kyron and Kris Dunn did when Cartwright was the secondary ball-handler for the Friars.  I completely agree that Makai will force his way into the lineup and become a guy that forces Ed Cooley to give him minutes, despite how “gross” he thinks all Freshmen are.  I expect Ashton-Langford to be adjusted to College ball by the time the Big East schedule rolls around.  He has the body and aggressiveness that is College-Ready and once he gets comfortable, he’s going to be tough to stop, especially when combined with the rest of the guards in the Providence lineup.

The only other Big East Freshmen that was mentioned in the article were Xavier’s Paul Scruggs, who was listed in the same group as Ashton-Langford.  I’m surprised that there was no mention of Omari Spellman to be honest, as I think he will be the best Freshman in the Big East this year…but what the hell do I know?