Before we get into anything and everything about this great game, how awesome is that picture, huh?

That makes it seven wins in a row for the Providence Friars over the Rhode Island Rams in the Ocean State Rivalry for Rhode Island supremacy.  As with the majority of the matchups between these two teams, you can pretty much throw the records out at the door and prepare yourself for a down-to-the-wire rock fight with some high intensity.

The Friars were able to pull out a late win behind perhaps the best game of Kyron Cartwright’s time as a Friar.  Cartwright was made for these kind of games.  He finished with a career-high 17 points to go with a game-high 8 assists, 4 rebounds, 1 steal, and only 1 turnover.  He was able to keep the Friars close in the first half while leading scorer Rodney Bullock was taking a while to find his offensive groove in the game and continually delivered the correct pass at every pivotal moment of the game.

Bullock came through in the second half, eventually finishing with 17 points and Jalen Lindsey was fantastic once again on both sides of the floor, chipping in 13 points of his own, including a clutch jumper off the dribble down the stretch.

Providence’s Kyron Cartwright against URI: 19 points, eight assists, one turnover in 39 minutes. Answering the bell for the Friars. #pcbb 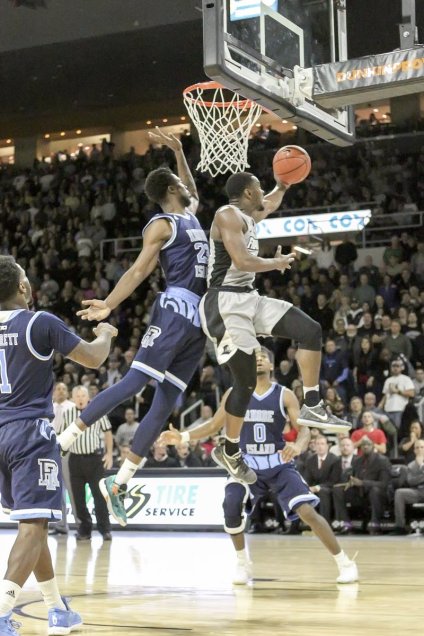 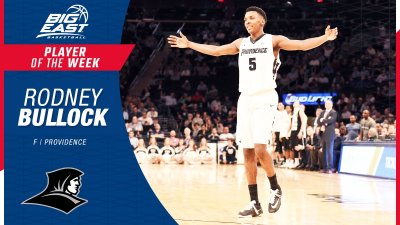 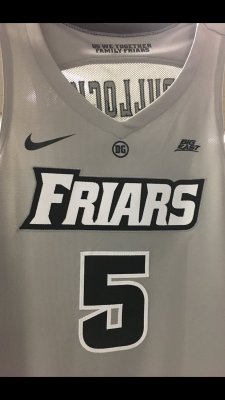 Next Game: PC Friars continue their home stand against another in-state foe, Brown, at 7 PM at the Dunk on Tuesday 12/6.