I think I can confidently say that Rodney Bullock has fully assumed his role as “the guy” on this year’s Providence Friars Men’s Basketball team.  Bullock finished with a career-high 36 points for the Friars, accounting for 47% of the team’s total points as PC took down it’s second American East opponent, the University of New Hampshire, to kick off a 6-game home stretch.

The UNH Wildcats has no answer for Bullock who scored in a variety of ways en route to the 16 points win.  Kyron Cartwright (12 points, 4 assists) and Jalen Lindsey (11 points) rounded out the scoring for a rare comfortable win in an appetizer to the big rivalry match-up with URI at the Dunk on Saturday. 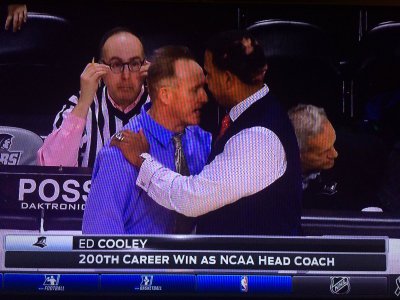 The Friars will take on in-state rival URI on Saturday at 4:30 PM at the Dunkin’ Donuts Center.  There will be blood.