Well, that was something alright.

I had my blog all written up in my mind where I was just going to list every single thing in the game and say how much it sucked and that the whole thing should just be wiped from our memory.  A little Eternal Sunshine or Men In Black action was certainly called for through the first 35 minutes of this game, for Providence, Creighton, and the refs.

Then came the last five minutes.

This is what separates this year’s Friars team from some of the good teams we’ve had in the past. They have a superstar, who despite playing poorly for the majority of the game, can take over at any point and single-handedly will this team to victory.

For how ugly this game was, it makes sense that even the game winner didn’t look great. 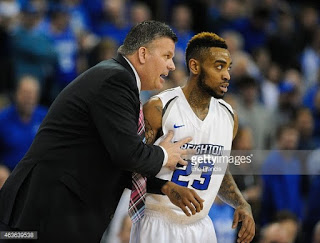 I guess ESPN thought the game was so ugly that neither team deserved a win pic.twitter.com/uzFIqofHrt

Next Up, The Friars head back to The Dunk to take on Seton Hall on Saturday at 4:30 on FS1.