For the first time in the history of the Dunkin’ Donuts Center, Tuesday night featured the first ever matchup between two top ten ranked teams (since 1972-1973).  The game was very up and down for the Friars and Xavier was able to notch their first road win over a top ten team in the past two decades.

The game came down to a coupe of factors.  One, Xavier’s depth combined with PC’s lack of depth.  Two, offensive struggles continuing for the Friars, both in terms of 3-point shooting, bench scoring, and no third option scorer.  And three, the 1-3-1 zone of the Musketeers draining the shot clock and keeping multiple guys on Kris Dunn at all times.

This won’t end up being a bad loss for the Friars to have on their resume because Xavier looks pretty legit, but Providence needs to play with a sense of urgency and aggression in the first halves of games, especially at home.  The Friars are undefeated in true road games this season, which is fantastic, but they have already dropped 3 home conference games this year.

Since I’m trying to find the right combination of alcoholic beverage and PC article of clothing, let’s see what we we’re working with.

Apparel of choice for the game: Providence Black Sweatpants 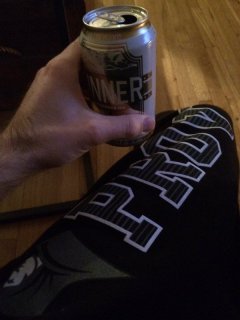 “I thought their depth bothered us.” – Ed Cooley 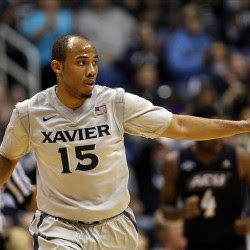 Next Up, the Friars travel down to DC to take on Georgetown on Saturday at 8 PM.  I will be heading down to check this game out myself, so let’s hope that the road wins continue.