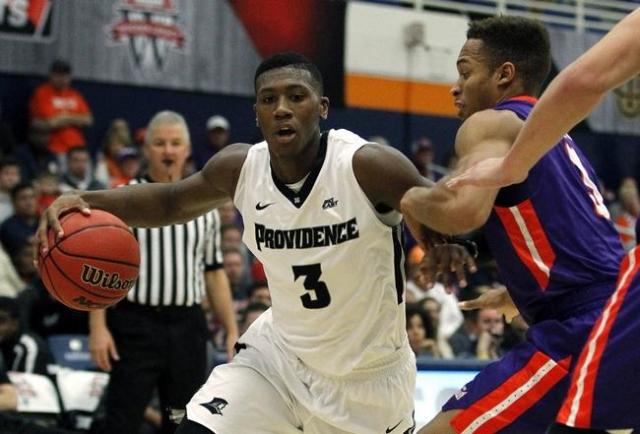 The Providence Friars headed to Cal-Fullerton for the Wooden Legacy and were able to beat the Evansville Purple Aces 74-64 behind a balanced scoring effort with four players scoring in double-figures to advance in the first round of the early season tournament.

The Friars had a steady lead for the majority of the game and set up a match up with Arizona, their first ranked opponent of the year.  The Wildcats will be a good test to see exactly how good the Friars are at this point in the season. They’ve been playing mid-major schools who will be towards the top of their respective conferences, but haven’t had to play a big time program thus far.  Evansville has a very good chance at making the NCAA tournament this year from the Missouri Valley Conference and this will be yet another good RPI win for the Friars when their resume comes up for the Big Dance.

“If I had a game ball today, I’d go with Junior.  He did all the little things that don’t show up on the stat sheet.”