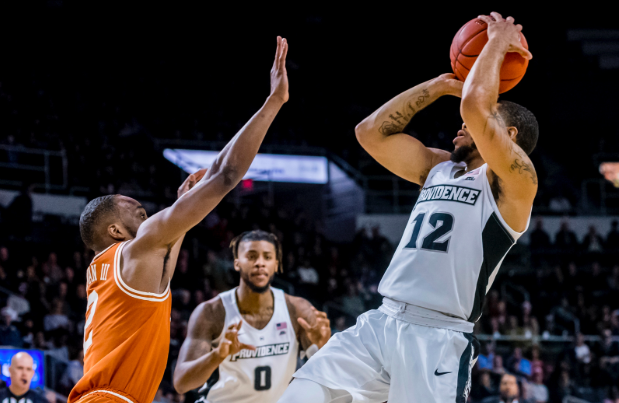 Texas entered the game with a 9-1 record, however after shuffling through their previous wins, it looks like the only good win out of the bunch was on the road against Purdue.  Every other one of their wins was against a team with a KenPom ranking of 124 or higher.  That probably explains why they weren’t ranked coming into this matchup, even though they had the 9-1 record.

The Friars led by 15 points going into halftime and led by their defense, held the Longhorns to 29% shooting in the second half and 31.7% for the game, including just 14.3% from three.  Providence spread the scoring duties around with all 8 players that saw action scoring at least 5 points in the game.  Alpha Diallo led the way with a double-double and leading the team in the game with points (14), rebounds (12), assists (5), and steals (2).  Diallo was joined in double-figure scoring by Luwane Pipkins (13) and Nate Watson (10).

Despite shooting splits of 38.8%/38.1%/55.6%, the Friars victory was never in danger as their defense more than made up for their shooting struggles.

No mercy from Nate Watson. pic.twitter.com/R6Phra4ORq 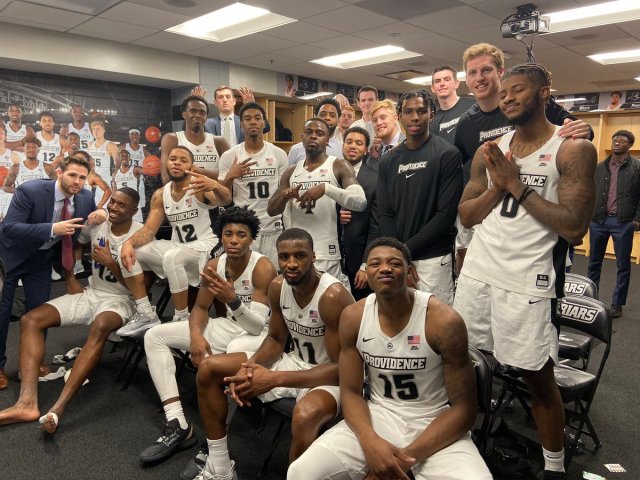 More important than the win is the love our great young men show to our winning Make a Wish teammate ⁦@PCFriarsmbb⁩. #gofriars pic.twitter.com/lUh8189q0c

Up Next, the Friars begin Big East Conference play at home against Georgetown on New Year’s Eve.