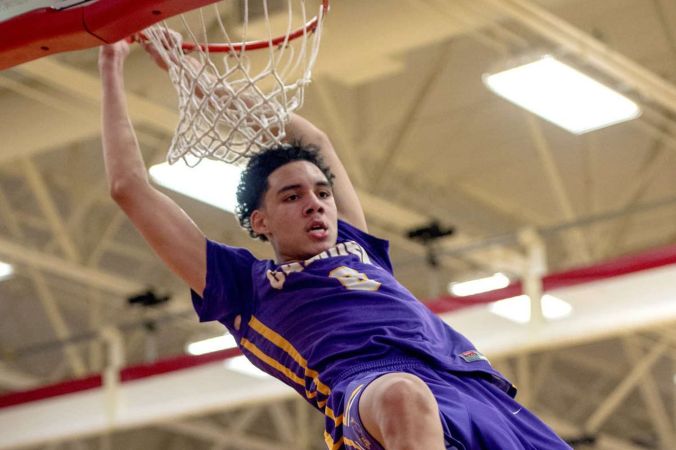 As anticipated, Lance Ware released his final five schools on Twitter this evening and has narrowed down his list to Providence, Michigan, Kentucky, Ohio State, and Miami.

Not only did he cut the schools he is considering down, but he also set some official visit dates.  The versatile Senior will be in Friartown on the Providence College campus from September 12th through September 14th.

His other three scheduled official visits are to Ohio State (Aug. 30th – Sept. 1st), Michigan (Sept. 5th – Sept. 8th), and Miami (Sept. 28th).  He also working on setting up a visit to Kentucky in the Fall but hasn’t set up anything official as of yet.

“I like Providence especially Coach Ed Cooley and Coach Jeff Battle.  They’ve shown consistency throughout the whole process and have shown me how important I am to them.  Over time I have just been learning about their program and I can see myself playing in Coach Cooley’s system.” – Lance Ware via Prep Circuit

Ware plays at Camden High School in New Jersey and runs on the AAU circuit with The NY Renaissance.  From everything I’ve read, the consensus seems to be that Ware will be heading to Kentucky but I would never bet against Ed Cooley if he has the opportunity to sit with a kid and his family and make his pitch for him to help the kid grow, not only as a basketball player, but more importantly, as a person.

Ware talks very highly of both Ed Cooley and his staff.  The fact that the Friars were just the second team to offer Ware back in July of 2018 might give them a little bump over some of the other finalists on Ware’s list.  They offered Ware a full year before any of the other four teams and have been able to grow a relationship with him over that period of time.

“I like their [Providence’s] playing style and I can see myself possibly playing in that system.”

The best part of watching the highlights of Ware is that it’s obvious that he puts in as much, if not more, pride in his defense as he does his offense.  He utilizes his length both in the passing lanes and around the hoop.  Standing at 6’9” he has the multi-positional potential that Providence likes to take advantage of in their lineups, playing a group of guys who can switch on defense and fill the lanes on offense.  I always mention this, but we all know how Cooley loves his lefties.

Ware would be a major get for the Friars and fit in perfectly with their style of play and personality of the team.