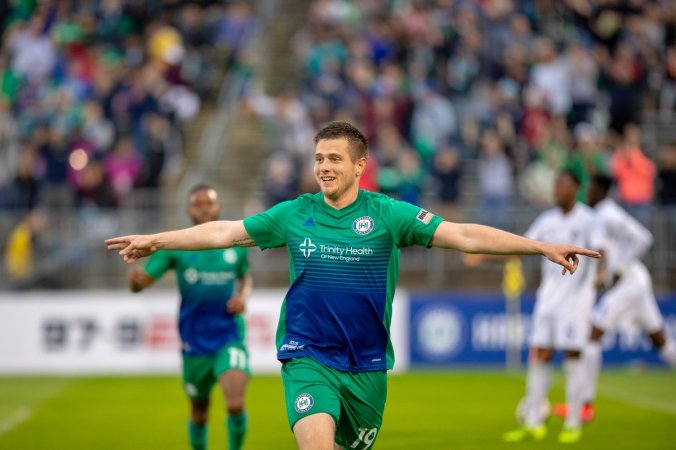 New United League Soccer club Hartford Athletic played their first ever home opener of their inaugural soccer season at Rentschler Field against Charlotte Independence on Saturday, coming away with a point in a 1-1 tie.

The first home goal in the team’s existence came from none other than Providence College alum, Mac Steeves, on a one-time shot off of a long cross.  The goal was Steeves’ first career professional goal and hopefully the first of many to come.  Hartford Athletic started off the season with 8-game road trip, the longest ever for a United League Soccer squad, going winless throughout the arduous beginnings. 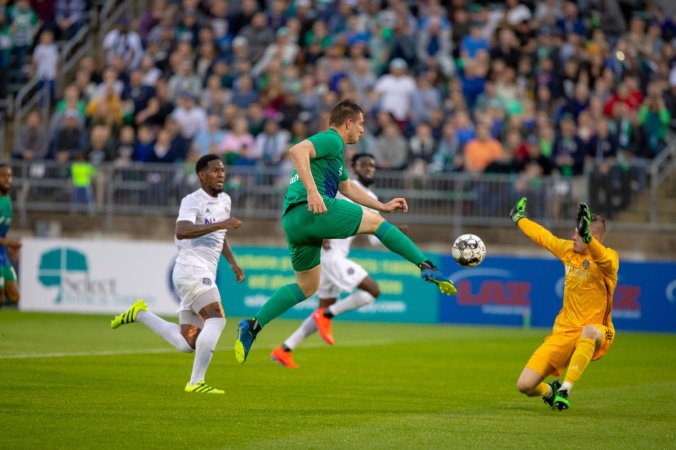 With the Steeves’ goal bringing the first points of the season for the team, it meant all that much more to the team and the 11,346 in attendance.

Now we’ll get a better idea of how good (or bad) the team actually is, since they can get into how an actual schedule is supposed to work.