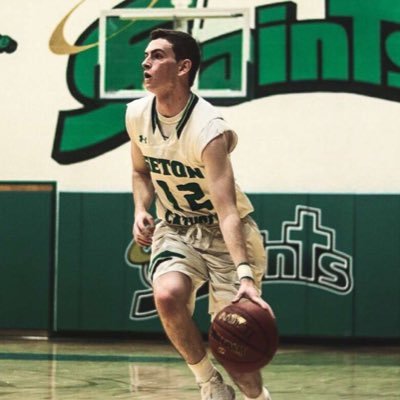 Per Tommy Dempsey’s personal Twitter page, Providence has added the 2019 guard as a preferred walk-on for next season.  Dempsey joins Providence signee Greg Gantt as the two new additions to next year’s team.

Next year I will be attending Providence College and joining the men’s basketball team as a preferred walk on ⚫️⚪️ #GoFriars pic.twitter.com/erw1groRav

The Friars routinely add preferred walk-ons to their team, with Andrew Fonts currently being the most recent on the roster.  Speaking of Fonts…how about another look at that bucket from last game?

Before Fonts there was Tommy Planek, a preferred walk-on who eventually earned himself a scholarship with the team in his Senior year.  Sidenote, I miss Tommy Planek.

Tommy Dempsey (first of all, great name) might sound familiar since he is the son of the Binghamton Coach of the same name.

Proud of my son. He has chased his dream of playing college basketball since he was a little boy. Thankful for the opportunity provided to him by Coach Cooley #GoFriars https://t.co/sFEJcMvCVL

Just a message to any walk-ons, especially preferred ones, on the Friars team…Ed Cooley is not at all afraid to turn to a walk-on if the effort is not there from his team, so be prepared to enter the game against pretty much any team at all times.  Also, if you come in during that time and the Friars are clicking, Ed has no problem sticking with you on the floor, so up that cardio.  Tommy Planek was a prime example of that and Teddy Bancroft before him.

Look at Ed, just replacing one Tommy with another.  Although, I think I may have been the only one referring to Planek as Tommy his entire collegiate career.