The Big East Media Day was in full swing today at Madison Square Garden…wait a second, I thought the Big Ten Commissioner Jim Delany said that their conference will try and play there in the future?  Sorry to break it to ya Jim, but the Big East owns MSG.

Ed Cooley took four players with him to the Big East Media Day, and had one player representing each class in tow.  Senior Emmitt Holt, Junior Alpha Diallo, Sophomore Nate Watson, and Freshman David Duke were all dressed to the nines to talk to the Media in NYC.

Before we get to some clips of some interviews for both the players and Coach Cooley, let’s get the noteworthy accolades for the Friars out of the way.  First of all, as a team, the Friars were selected to finish 3rd overall in the conference in the Coaches’ Poll.  That beats the heck out of being picked too low and continually finishing in the Top 3 regardless.

I really want to know who cast the sole vote for Butler to finish first in the Big East.  The conference is as open as it has ever been for a team to take the top spot from Villanova this year, but until I see it happen, I don’t see how Villanova can not be the pick to win the league.  Even so, Butler is a surprising choice to be the dethroner.

The Pre-Season picks for the First and Second Teams were also announced at the BE Media Day and Alpha Diallo was chosen as a first teamer. 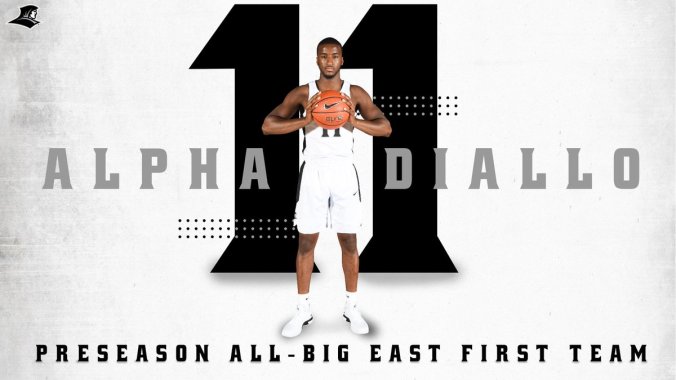 Shamorie Ponds of St. John’s was chosen as the Pre-Season Big East Player of the Year, and to be honest, that’s hard to argue against.  Here is how the rest of the First Team played out (I’ll be making my own Pre-Season selections soon). 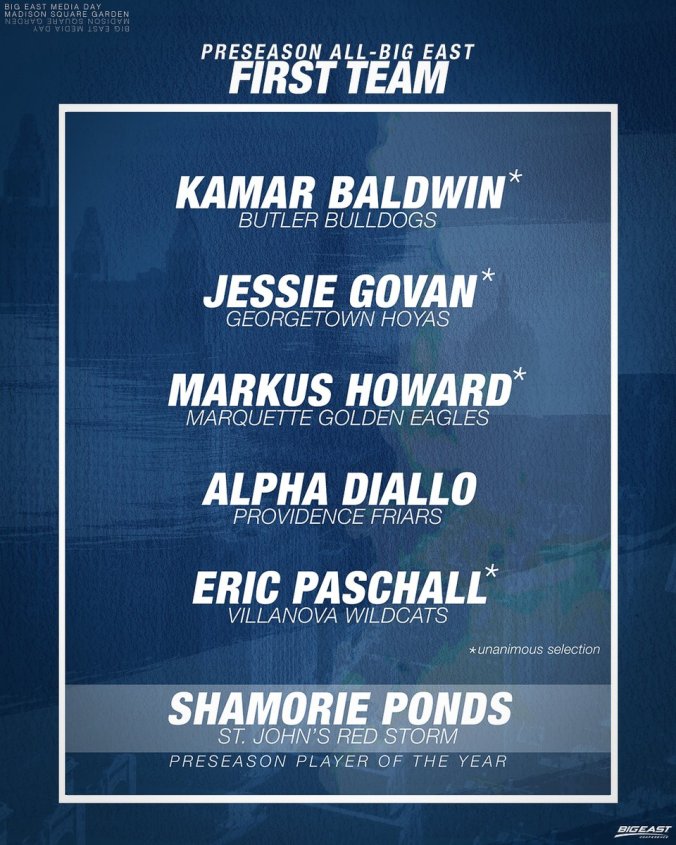 Alpha Diallo wasn’t the only Friar in attendance that was chosen as a Pre-Season selection.  Freshman David Duke was voted as the Co-Freshman of the Year, along with Villanova’s Jahvon Quinerly.

As for some video/pics from the Big Day, let’s just get a rundown of a bunch of them all at once, shall we?

Ed Cooley with half of the Big East coaches talking about the Big East Championship game last year against Villanova.

Andy Katz talking with Emmitt Holt and some David Duke and Alpha Diallo stuff as well.

Come hang with the Friars at #BEmediaday.

I have to say, the Big East and Fox have such a awesome thing going.  They are basketball centric and the best of the best were out here at Big East Media Day.  I am a gigantic fan of both Andy Katz and Steve Lavin and throw in some John Fanta enthusiasm and I’m all in.  They just all make a day like today even better.

Some more pics just for the hell of it. 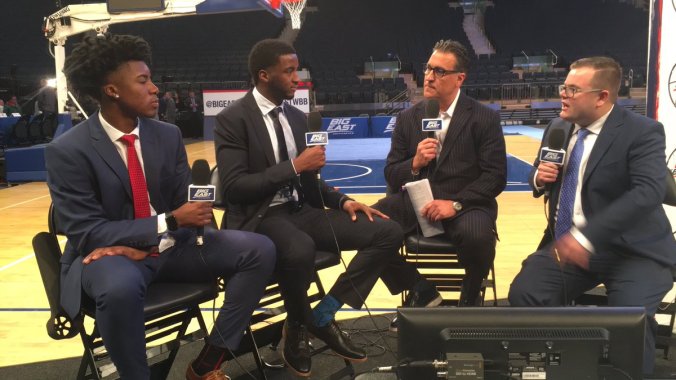 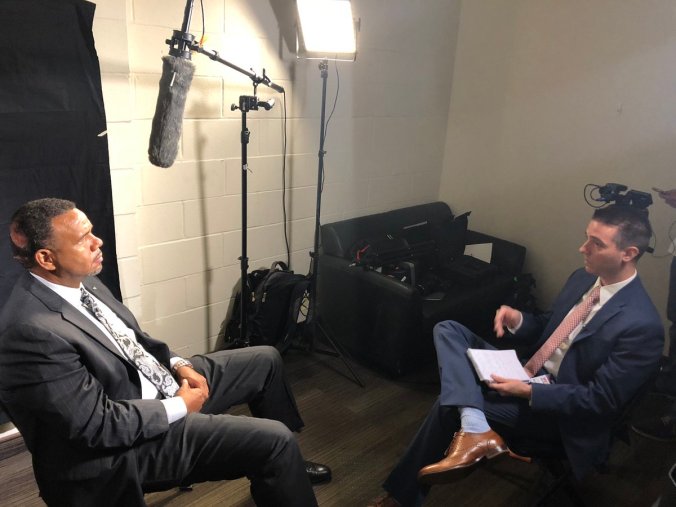 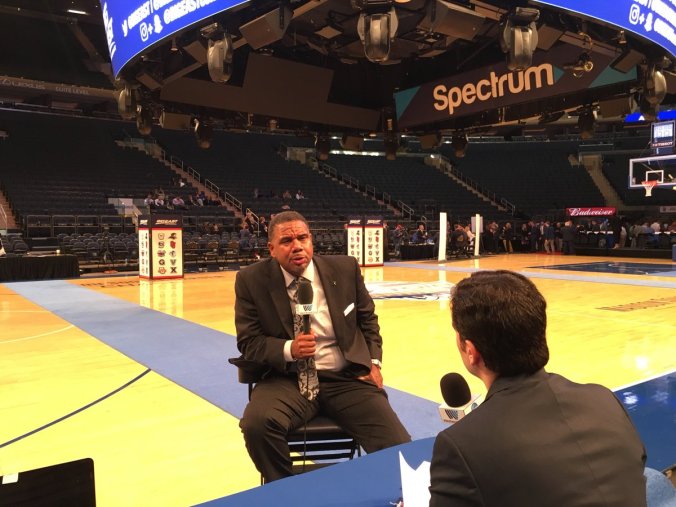 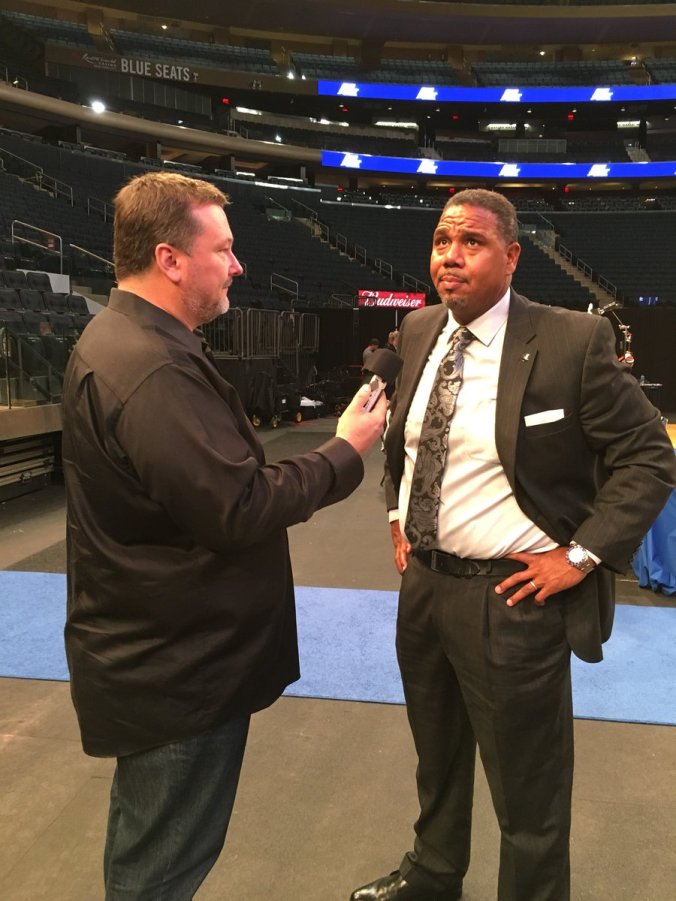 I am so fucking fired up for the College Basketball season to start now.  Can’t Wait!

P.S. Love Kim Adams back in the mix…

Always awesome to see my BE Fam. Excited to be returning for my second year as a Fox Sports Analyst covering the conference! 🏀‼️🎥💎 #BEmediaday pic.twitter.com/Zbawx5o87d

P.P.S. Congrats to former Big East Fox Sports reporter and PC Friar Alum Cayleigh Griffin on her new gig with the Cavs for the upcoming season.

Someone always has to have a last minute roster addition…

THRILLED to be joining @FOXSportsOH and the @Cavs as a host & reporter! Excited for this new journey in Cleveland and can’t wait to get to work! #BeTheFight pic.twitter.com/aFz2OYFigw