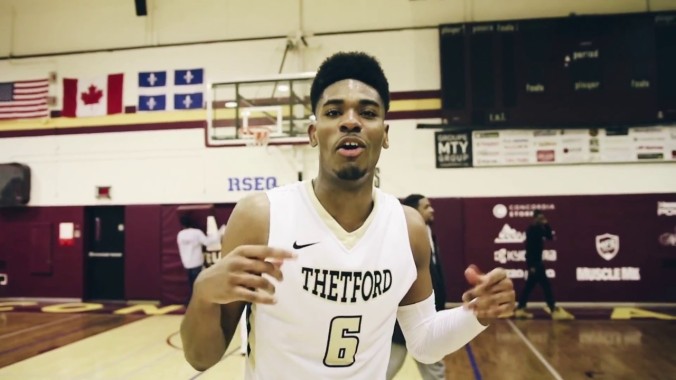 Blessed to receive an offer from Providence University #Gofriars pic.twitter.com/OIP1lI4tUT

If Guerrier were to chose to go to Providence College, that would be the second Canadian player in the last couple years to make their way onto to the Friars squad.  Kalif Young, who will be a Junior this upcoming season, played his High School ball at Orangeville Prep in Ontario.  Quincy plays his AAU ball with Brookwood Elite.

Guerrier’s list of offers has climbed all the way up to close to 30 offers from schools who would love his skill set for their respective teams.  Fellow Big East teams Seton Hall, Xavier, Georgetown (who seems to be offering just about everyone), join Providence in seeking out the swing man.

After watching some highlights of him, I am very impressed with his overall game.

First of all, even though I hate the word and it would sound weird if I said it in person, the guy has got a ton of swagger.  You can tell that he absolutely believes that he is the best player on the court in the above video, and he is not shy about letting you know about it either.

I love the fact that he finishes strong with dunks instead of layups but when he gets contact on a finish, he makes sure to finish regardless.  He has a great knack for readjusting mid-contact.  The shooting stroke looks on point and reminds me a little bit of outgoing Senior Jalen Lindsey.