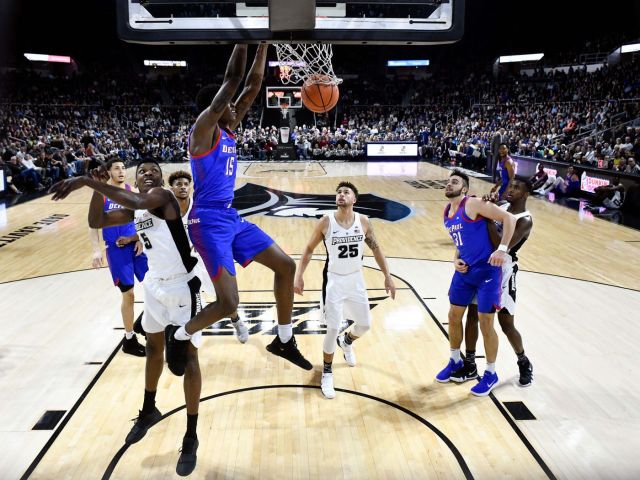 What is it with Providence and DePaul.  The Blue Demons have beaten us once in each of the past three seasons.  For some reason, the Friars just drop the ball when they need to beat these cellar-dwellers.

The last two times were at least at DePaul, this time was at our own place.

It was a really embarrassing loss for the Friars in a game that might come back to haunt them as a bad loss on their NCAA resume.  DePaul was up 58-27 at one point in the second half before eventually winning by 17.  The Blue Demons shot 60% from the field for the game.  You’re not going to win many games when your opponent shoots like that.

Up Next, the Friars take on Villanova in a game that would be huge if they were to win it.

One thought on “Game Recap: DePaul Humiliates the Friars at Home, 80-63”