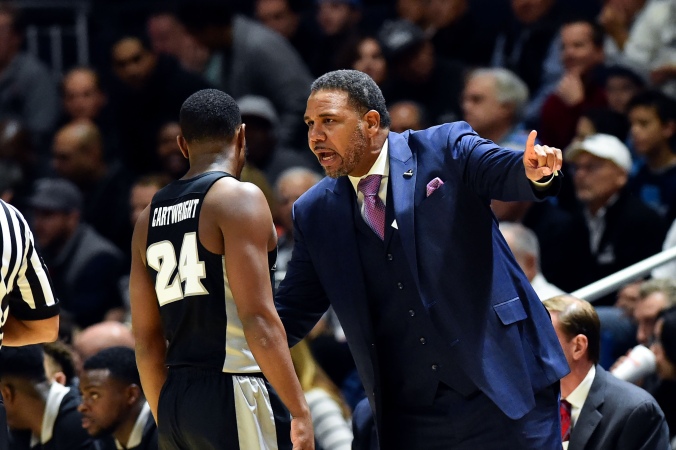 The Providence Friars returned to the familiar confines of the Dunkin’ Donuts Center in downtown Providence to get back on track against another in-state opponent in Brown, after losing for the first time in 8 years to Rhode Island.

What the Friars probably didn’t expect was to have to come back from a 15-point 2nd half deficit and need overtime to beat the Bears.  Rodney Bullock, Alpha Diallo, and Makai Ashton-Langford combined for 38 points in the 2nd frame to pull the Friars all the way back in what would have been a disastrous loss for PC.

Why do I get the feeling that this game might be a lot like the Ben Bentil game for Kyron Cartwright where he’s on a bum ankle and they want to keep him out of the game but because they’re losing, he plays in the 2nd half, dominates and the Friars win… #pcbb #runon

Hoping this could be the start of something #pcbb #MaliekWhite #turnitup pic.twitter.com/ChccJXiD5N

See, a right-handed guy can be crafty too #pcbb #MAL #craftiness pic.twitter.com/ZLgHDI0Auh

The Friars seem to have gotten an energy boost from Kyron’s presence on the floor. MAL with the nifty finish to take the lead #pcbb #MAL #niftiness pic.twitter.com/tGwn5WGnha

Next Up, the Friars travel down to UMass to take on the Minutemen in a game in which they’re sure to be short-handed.