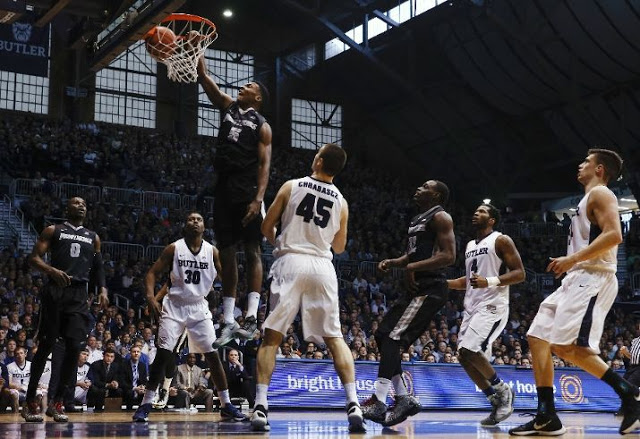 I’m a little behind on these recaps since I’ve been away a couple of different places for the holiday season.  I was up in Portland, Maine for a wedding on New Year’s Eve so I watched the game at a bar called Rivalries in Downtown Portland.

The wedding was for a buddy of mine who went to PC with me so we had about 14 people or so at the bar to watch the game.  Fortunately for us, it turned out to be a great performance by the Friars as they were able to be Butler at Hinkle Fieldhouse in their opening game of Big East conference play.

That’s what happens when you knock Providence out of the Top Ten after the only game that they play was an away game against UMass where they absolutely slaughtered them.  Don’t poke the bear.