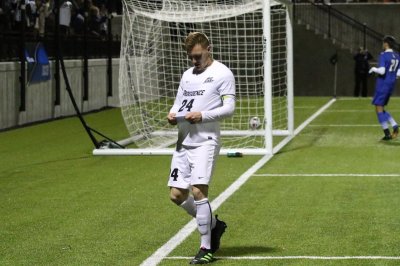 Male Athlete of the Year for a team sport is Julian Gressel #gofriars @PCFriarsMSoccer pic.twitter.com/2pczvYhYO4

Julian Gressel won the male athlete of the year award for a team sport at the Providence College All-Sports Gala.  Gressel is currently playing in the MLS for Atlanta United after being selected 10th in this past year’s MLS Draft.

Gressel was named a First Team All-American after leading the Providence College Men’s Soccer Team on a deep run in the NCAA Tournament, upsetting the top-seeded and undefeated Maryland Terrapins along the way in a comeback for the ages.

Gressel led the Friars in goals scored during the regular season while captaining the squad and also won the Golden Boot Award for scoring the most goals during the NCAA Tournament as well.