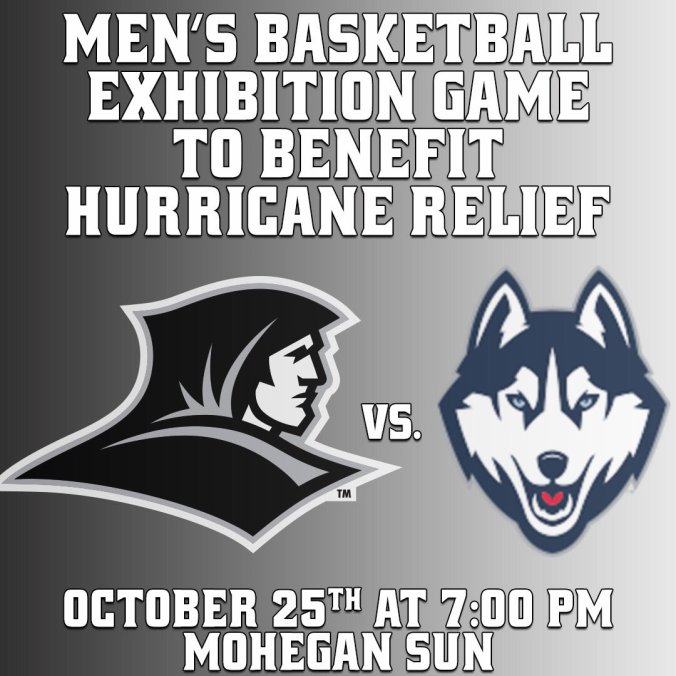 It has just been announced the the Providence Friars will take on former Big East foe UConn in an exhibition game at Mohegan Sun to benefit hurricane relief.  The game will be played in just 8 days on Wednesday October 25th at 7 PM.

The NCAA has been granting waivers for teams to play more than just the usual two exhibition games by allowing them to schedule an additional game to benefit hurricane relief efforts.  A couple of teams have already taken the NCAA up on this, including Kansas and Missouri, Marquette and Milwaukee, and Notre Dame and Holy Cross.

Providence and UConn last met almost five years ago at Gampel Pavilion on March 9, 2013.  UConn holds an edge in the overall record between the two teams 44-28.

Tickets for the PC/UConn game are available for purchase here.

Now if you UConn would stop chickening out and schedule PC on their real big boy schedule so that we can make this an annual things, then things will start to get ramped up between the two New England institutions.  UConn has already renewed their previous rivalries with games against Syracuse, Georgetown, and Villanova, so let’s get this sucker going too.