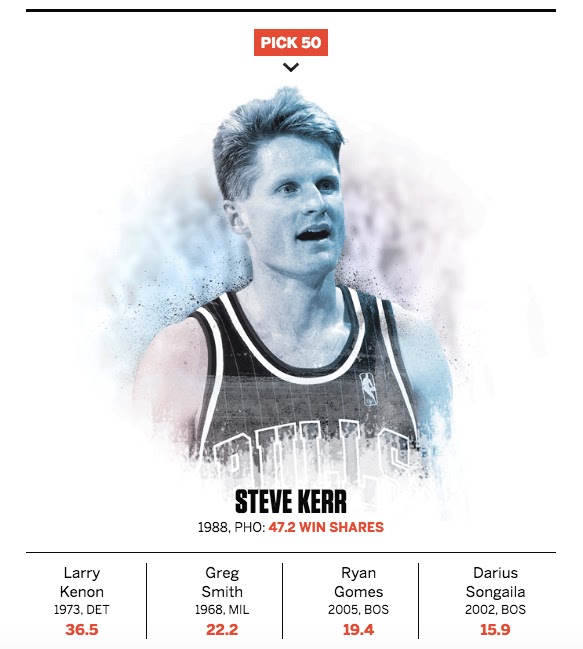 With the NBA Draft tomorrow night, ESPN ranked the 5 best selections at each draft position (picks 1 through 60) based on total career win shares.  Now obviously, for some of the higher picks, the 5 guys are mostly Hall of Famers and because this list goes off of career win shares, a lot of the young guys in the league (i.e. James Harden, Russell Westbrook, The Greek Freak, etc.) won’t be in the top 5 at their pick for a couple more years or until their NBA careers are finished.

Here’s the description of how they put the list together:

Great players can come from anywhere — from the first pick to the 60th. That’s clear when comparing the top five players of all time (by career win shares) selected at each draft slot. Because these rankings are based on career totals, young stars such as former No. 15 pick Giannis Antetokounmpo don’t appear just yet. Included with each slot: the team picking at that position and the player ranked there by ESPN draft analyst Chad Ford.

I thought Ryan Gomes was a complete steal when the Celtics took him with the 50th pick in the 2005 NBA Draft, so it actually doesn’t surprise me that he has one of the top career win shares of players selected with that pick.  He was a First Team All-American his Junior year, took strides with extending his range during his Senior season, but just happened to be on a less talented Friars team that year.

Just for reference if you want to see the full (and extremely complicated) details for calculating win shares, you can read about it here.  To make it a little simpler, it’s basically a player statistic that attempts to to divvy up the credit between players for team success for winning a game.

Gomes was at PC at the same time I was and I still regret losing my “In Gomes We Trust” T-Shirt…still irks me to this very day.

P.S. Shout to Darius Songalia.  I haven’t heard that name in freaking forever. 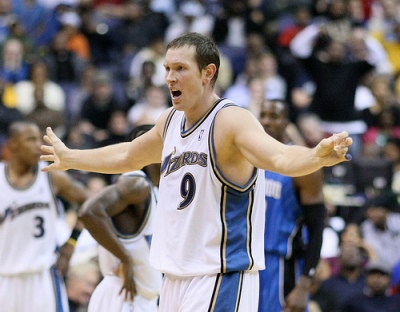