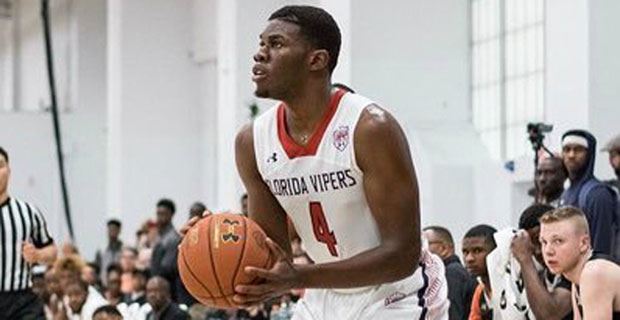 Darius Days listed his Top 11 Schools on his personal Twitter account (@Almighty_Doubl3).  Eleven seems like a lot to cut a Final List of schools to but Days clarified that it’s actually the Top 11 Schools, not the Final 11.

The 11 schools include Providence, UNC, Kansas, LSU, Louisville, Xavier, Texas A&M, Ohio State, Indiana, Memphis, & Wichita State.  Providence beat out Louisville already for commit AJ Reeves and Xavier for commit Kris Monroe, so I see no reason why they can’t out-recruit the rest of these schools for Darius Days as well.

Days plays for The Rock School (sick name for a school) in Gainesville, Florida and for the Florida Vipers on the AAU circuit.  The 6’8” power forward weighs in at 218 pounds and looks all of that on the court.  Here’s some highlights for Days to wet your appetite…

My first impressions are that he has great size and can stroke it with ease for a guy with that type of size.  He reminds me so much of Paul Millsap.  His shot even looks eerily similar to Millsap’s.  Much like Millsap, he looks like he can do a little bit of everything and especially looks like he has the agility and passing ability that you normally don’t find in a big power forward.  There are never really any defensive highlights in mixtapes but fingers crossed that he brings those same skills to the table as well.

Days is currently ranked 73rd on 247Sports and 80th on ESPN in the class of 2018.  The Friars offered Darius back at the end of April and Kansas continues to try and swoop in at the end of everything and scoop up players that Providence has actually spent time recruiting.  Seriously, I feel like I see a late Kansas offer on every single one of the guys that PC has been tracking and keeping tabs on for months or even years in some cases.  UNC has joined the fray now too which definitely makes things a little more interesting.

The Friars still have 3 open scholarships for 2018 after the commitments of AJ Reeves and Kris Monroe.