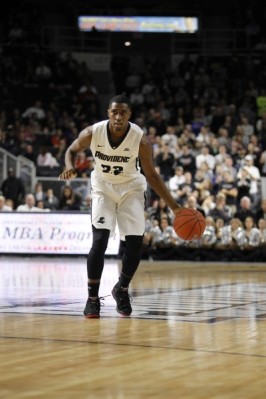 He posted a note on his Instagram with the following message declaring his choice to transfer.

“The last shot I took in a Providence College uniform. Sometimes the path to success has its twists and turns. I decided that it’s best for me to part ways with the program. I’ve made lasting memories with my brothers, I love my brothers and I met the girl of my dreams here. I will never forget the two years I spent here. During my time here people doubted me and I’ll forever remember the people that turned their back when I was down and out. On a positive note I would like to thank Friartown for an amazing two years and the journey to my dreams continues.”

Here’s a look at Council’s stats while with the Friars.

Council was billed as a shooter when he arrived at PC and all but 1 of his 19 career shots were taken from behind the arc, unfortunately, he was never able to play his way into any significant minutes for the team.  This now makes 2 open scholarships for the 2017-2018 season for the Friars.  I would urge them to look for some shooting at the two spot as the two Big Frosh bodies coming in should help us out down low.

Let’s take a look at Ricky’s recruitment before coming to PC to see if we can get a glimpse of some places he might look back to:

Tulsa wouldn’t be a bad spot for Council to land and at 6’5”, he has good size for a shooting guard.  He definitely needs to improve his ball handling in order to get some more run and although his 3-point shooting never got up to snuff at PC, he was praised as a really good shooter coming out of Moravian Prep in North Carolina.

Council, much like Fazekas, never once complained about his role with the Friars, even though you know he wanted to get the chance at more playing time.  Another kid from this Ed Cooley group who no one seems to have a bad word to say about.  Not only that, but he was a heck of a student in the classroom as well, earning Student-Athlete of the month for February. 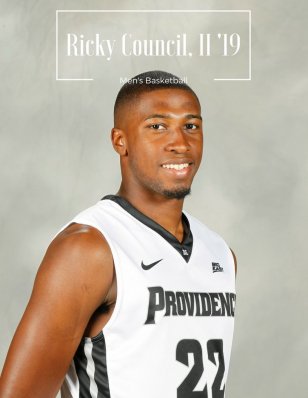 Many well wishes to Ricky in the future in both his basketball career and off the court endeavors.