The number 10 ranked Creighton Bluejays traveled to Providence in the midst of a snowstorm and came out with a win over the Friars at the Dunkin’ Donuts Center.  This was the first game of the year that I was able to attend in person and of course it just happened to be the one with the worst weather.

Creighton’s three bug guns, Maurice Watson Jr., Marcus Foster, and Justin Patton were as good as advertised and once Kyron Cartwright went down with a knee injury for the Friars, their margin for error in the upset attempt of the Bluejays was far too thin for the Friars and ultimately resulted in a 14-point loss.

Emmitt Holt carried the Friars on the offensive end (17 points) with a very impressive array of drives and post moves against Patton, a projected 1st round pick in this year’s coming NBA Draft. All three freshmen (Kalif Young, Alpha Diallo, and Maliek White) took some growing steps in the game but the Friars need to be at full strength in order to beat a team of Creighton’s caliber.

This was Creighton coach Doug McDermott’s first win at PC and he is now 2-6 all-time against the Friars. 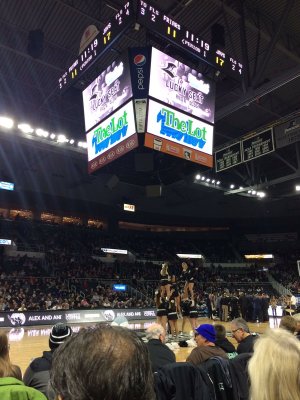