End of the Year Awards Review 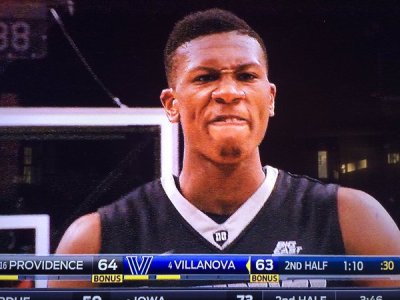 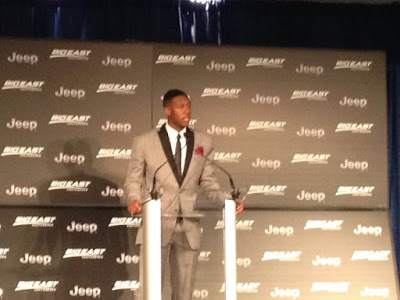 First of all, how fly is that suit Kris has on.  His style may be even more NBA ready than his game.

For the second year in a row, Providence’s Kris Dunn was the winner of the Player of the Year in the conference award.

The list of 2-Time Winners of the Big East Player of the Year Award:

There has only been 1 three-time winner, Hall of Famer and current St. John’s coach, Chris Mullin.  He did share the award two of those three times with two-time winner and Hall of Famer Patrick Ewing.

Dunn is Providence’s only player to ever win the award.

Along with Seton Hall’s Isaiah Whitehead and Villanova’s Josh Hart, Dunn and Bentil were unanimous selections to the First Team.  The other two first-teamers were Marquette’s Henry Ellenson and Xaiver’s Trevon Bluiett.  I mean, I only picked 5 players to my first team, but 5 of those guys were on it and the other one was on the second team (Blueitt, because the guards were so good)…’cause you know, I abide by having only 5 players on a basketball team.

Dunn and Bentil are up for some additional awards that haven’t yet been named (i.e. Cousy Award, Kareem Abdul-Jabbar Award, etc.) but I’d rather have one of them get on the All-Tournament Team…wouldn’t you?